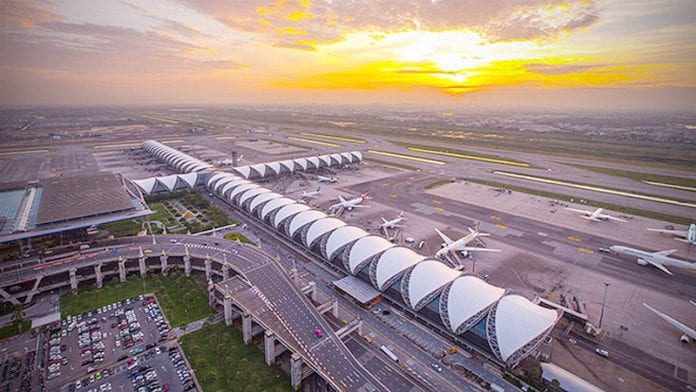 The Tourism Authority of Thailand (TAT) is welcoming the current upgrading projects at several of Thailand’s airports, which are underway now in anticipation of an expected resurgence in international arrivals starting in 2021.

The Department of Airports, Ministry of Transport, is accelerating the 2021 investment of five billion Baht allocated for the upgrading, most of which is for increasing runway lengths. The new Betong Airport in Thailand’s southernmost province of Yala – bordering Malaysia – is scheduled to open for operations in the next few months. Approved for construction in 2015 to promote tourism and attract investment to the border town, the airport is expected to serve up to 300,000 passengers annually.

In the Northeast, Buriram Airport’s runway will be lengthened from 2,100 to 2,900 metres at the cost of 950 million Baht, while an apron will also be expanded. In addition, Khon Kaen Airport is planning on runway improvement and apron extension from five to 12 aircraft.

In Bangkok, the new Satellite Terminal 1 (SAT-1) extension to Suvarnabhumi Airport, managed by the Airports of Thailand, is over 95 per cent complete. The new building is part of a 62 billion Baht expansion plan that was approved in 2011, which will boost its annual capacity by 15 million passengers. A final readiness test on the SAT-1 and its systems is scheduled for completion in April 2022.