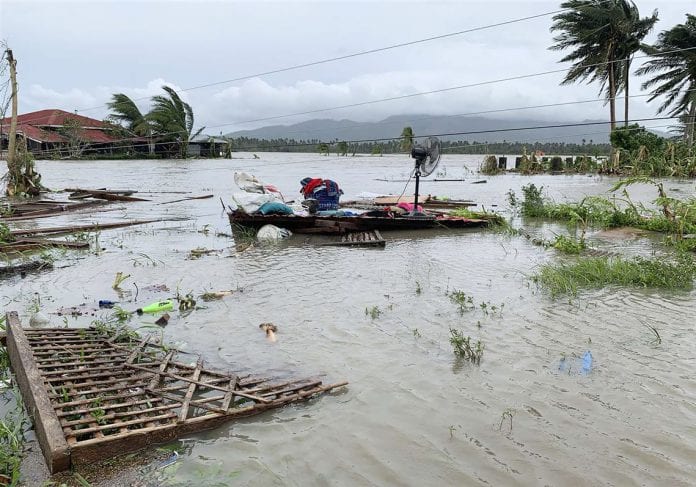 Typhoon Molave, packing 125 kph wind speeds and gusts of up to 150 kph, caused flooding and prompted forced evacuation orders for tens of thousands of people. There was no immediate report of casualties, but 12 fishermen at sea failed to return to Catanduanes province off the country’s eastern coast.

“They have been missing for 24 hours. They were supposed to come back home yesterday before noon,” Gremil Alexis Naz of the Civil Defence office told DZMM radio, adding that search and rescue operations would be conducted. About half of the Philippines’ 107 million population live in the Luzon region. The country is hit by an average 20 typhoons each year.