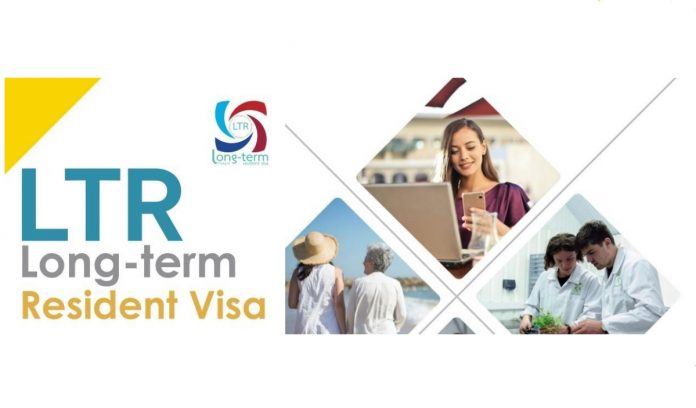 The Board of Investment of Thailand (BOI) has confirmed that applications for the new Long-Term Resident (LTR) visa will open on Sept 1, 2022.

The LTR visa was first mooted in September 2021 and aimed to attract foreigners of “high potential” to live and work in Thailand.

The Thai government saw the visa as a way to encourage investment into Thailand and stimulate the economy as part of the country’s post pandemic recovery.

Despite being approved by the Cabinet last year, details about the LTR visa had been scarce.

But now, the BOI has confirmed that applications for the visa will open on September 1.

“Thailand is introducing a new visa called “Long-Term Resident (LTR Visa)” which is a program that provides a range of tax and non-tax benefits to enhance the country’s attractiveness as a regional hub for living and doing business for ‘high-potential’ foreigners,” reads an upload on the BOI website.

“Today, Thailand is already home to multinational corporations from all over the world and one of the most important tourist destinations in Asia. Thailand presents itself as a very attractive location for “work from anywhere” professionals.

“The Thai government has set the target of attracting one million wealthy or talented foreign residents into the country over the next five years”, the website reads.

“There will be many privileges for LTR visa holders that will make living in Thailand long term easier and less bureaucratic”, the BOI says.

“These privileges include: discounted personal income tax rate, the removal of the requirement for employers to hire four Thai citizens per foreigner, fast track at international airports, 1 year reporting to Immigration instead of 90 days, and the overall ease of regulations concerning foreign residents”.

Holders will also be granted a digital work permit enabling them to work in Thailand.

For ‘Wealthy Pensioners’, these are defined as retirees aged 50 years and older who have “personal income of at least USD 80,000/year at the time of application”.

Alternatively, “in case of personal income below USD 80,000/year but no less than USD 40,000/year, applicants must invest at least USD 250,000 in Thai government bonds, foreign direct investment, or Thai property.”

For ‘Work-from-Thailand Professional’ they need to show “personal income of a minimum of USD 80,000/year for the past two years”.

They also need to be employed by a “public company on a stock exchange or; Private company in operation for at least three years with combined revenue of at least USD 150 million in the last three years”.

The BOI also confirms that applications for the LTR Visa can be made at “the Royal Thai Embassies/the Royal Thai Consulate Generals overseas or Immigration offices in Thailand within 60 days from the issuance date of the endorsement letter”.

The BOI also confirms the processing fee for the 10 year LTR Visa is 50,000 baht per person.

However, Deputy Government Spokesperson Rachada Dhnadirek announced in May that the fee would be reduced to 50,000 baht.