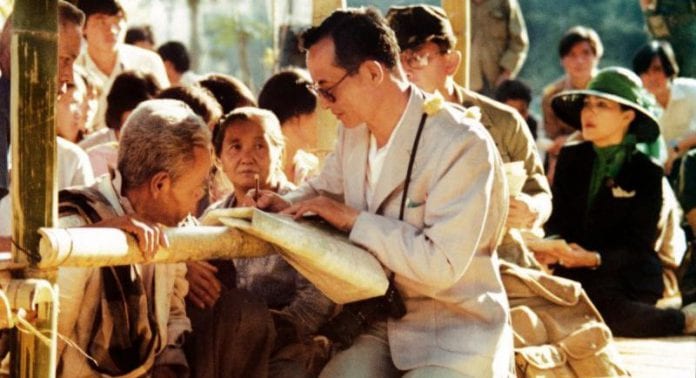 Thais celebrate National Day on 5th December, the birthday anniversary of HM King Bhumibol Adulyadej, Rama IX, whose 70-year reign (1946-2016) was marked by great changes and an unprecedented period of prosperity in Thailand. His Late Majesty initiated more than 3,000 development projects credited with uplifting the standard of living of people around the country, and conceived and developed the Sufficient Economy philosophy, whose principles of moderation, reasonableness and self-immunity can be applied to any level of society.

For these achievements and many more, King Rama IX was loved and revered as a father figure, and his birthday anniversary is considered as Father’s Day in Thailand. 5th December is also designated World Soil Day by the United Nations in acknowledgement of His Late Majesty’s lifelong work on sustainable soil management.