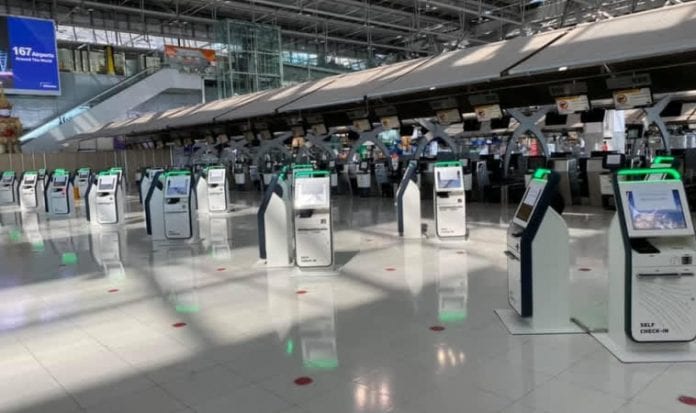 BANGKOK (NNT) – The Airports of Thailand (AoT) is introducing self check-in and luggage-loading services at Suvarnabhumi airport, reducing contact between passengers and staff to help mitigate the risk of COVID-19 spread.

AoT president Nitinai Sirismatthakarn said they will install 180 machines at the country’s main gateway airport to make check-in and other activities self-service. The machines will be trialed this month, before being fully integrated in July.

He said the machines are linked to a database, which includes flight information from airlines as well as the Immigration Bureau, the Interior Ministry and various security agencies. The system will speed up pre-flight procedures and build traveler confidence in the AoT’s public health security, ahead of the resumption of normal commercial flight operations.

Mr. Nitinai added that a new AoT Airports app has also been developed, in conjunction with the services, which will be progressively rolled to other airports under the AoT’s supervision nationwide.