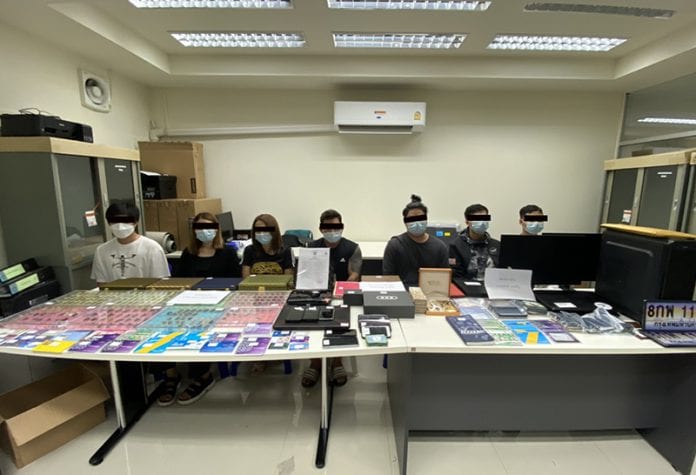 Seven people have been arrested after police busted a gang operating an illegal gambling website that enabled people to bet on the UEFA Euro 2020 football tournament.

On Friday raids were carried out on properties in Bangkok, Nonthaburi and at an address in the Thap Thai area of Hua Hin.

Officers from the Police Cyber Taskforce (PCT) said the group were operating the UFABET.com website, which had a turnover in Thailand of some 200 million baht, and was also used by people overseas.

Police launched an investigation into the website after parents of students filed a complaint that their children had been placing bets via LINE on the website and other sites linked to it.

A total of five men and two women were arrested and charged in relation to running the website.

Police also said the suspects had a total of 1.6 million baht in their bank accounts.

The suspects are being held at police stations in Bangkok.

The news comes as Thailand’s Prime Minister Prayut Chan-o-cha asked the police and the Ministry of Digital Economy and Society to be to crackdown on gambling during the UEFA Euro 2020 tournament and asked members of the public to report any illegal gambling.

Meanwhile, on Saturday (June 19) Pol Col Siriwat Deepor, deputy spokesman for the Royal Thai Police warned that anyone involved in illegal gambling in Thailand faces fines and even possible prison sentences if caught.

Pol Col Siriwat said that anyone caught in breach of Thailand’s Gambling Act faces fines of between 2,000 baht and/or up to 2 years in jail.