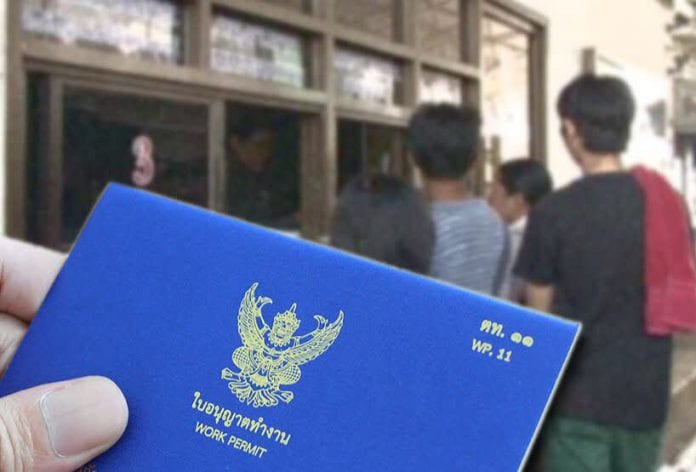 BANGKOK (NNT) – Authorities have announced that they will take tough action against illegal migrant workers and smugglers as new COVID-19 infection clusters have been detected at workplaces employing foreign migrants.

Immigration Bureau (IB) chief Sompong Chingduang said they are working with other security agencies, border patrol police and soldiers to step up border surveillance, to prevent the entry of illegal migrants, as the country struggles with a third wave of infections.

He said those who enter Thailand illegally will be prosecuted under the immigration law, the communicable diseases act and the emergency decree. They are liable to a jail term of up to two years or a fine of up to 40,000 baht or both.

According to the Public Health Ministry, infection clusters were detected in businesses which employ migrant workers, such as those in Samut Sakhon and Nakhon Ratchasima provinces. All provinces have now been alerted to screen workers returning home and those coming from at-risk areas and employers have been asked to halt the movement of workers to prevent transmission.

The news comes as officials at the Dan Singkhon border in Prachuap Khiri Khan recently broke up a people smuggling ring.

Last week, officials announced the arrest of 30 migrants who were being trafficked over the border from Myanmar before being taken to work in factories in Bangkok and Samut Sakhon.

Officials revealed what a lucrative business people smuggling is for the trafficking gangs, with those involved making in excess of half a million baht per trip.

While Thailand has made progress in tackling people smuggling, the key people behind the trafficking syndicates are seldom brought to justice.