A confrontation between police and pro-democracy protestors turned ugly on Sunday, with several injuries and arrests following a protest in front of the 1st infantry Regiment barracks, King’s Guard.

About 1,500 young protesters under of the REDEM (Restart Democracy) banner, began erupting at Victory Monument at 3 pm before marching to the 1st Infantry Regiment barracks, King’s Guard, on Vibhavadi Rangsit Road, where Prime Minster Prayut Chan-o-cha’s residence is located.

REDEM is the latest reincarnation of the free Youth that had rallied against the government and campaigned for monarchy reform.

Over 2,000 anti-riot officers from the Metropolitan Police Bureau were deployed and barricades were set up to block protesters from entering the prime minister’s residence.

The situation took a turn for the worst about 6:30 pm when the protesters clashed with the police.

Police deploying tear gas and water cannons against the demonstrators, who continued to throw objects at the officials.

Officers shot rubber bullets at the protesters during the clash. 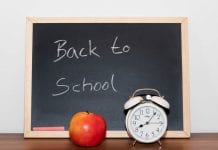 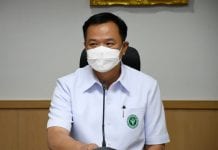 Anutin assures enough Favipiravir and beds for all COVID-19 patients