And if you are traveling to Bangkok from Hua Hin, the park is well worth a visit.

Benjakitti Forest Park in Klong Toey district spans some 450 rai and is located on the former site of the factory belonging to the Tobacco Authority of Thailand.

The development of the park was in accordance with the wishes of His Late Majesty King Bhumibol Adulyadej the Great and Her Majesty Queen Sirikit The Queen Mother and is part of the government’s 30-year plan to create large city public parks. Costing more than 650 million baht, the park’s redevelopment has been part of a joint venture between the Finance Ministry Treasury Department and the Royal Thai Army, while the Arsom Silp Institute of the Arts has overseen the design.

The plan was to enlarge Benjakitti Park in order to create the ‘lungs of the city’, which would see the park become a tourist attraction in its own right and a green space that people in Bangkok could enjoy.

Opened in 1994, the original Benjakiti Park underwent its first phase of renovations in 2016, which saw the park expanded by a further 61 rai. Phases 2 and 3, which include the latest expansion, opened quietly in 2021 with the official opening set for later this year.

Its expansion means that Benjakitti Forest Park will be the largest park in Bangkok once completed, dwarfing the famous Lumpini Park by almost 100 rai.

The park comprises a 5.8 kilometer nature trail, a 2.8 kilometer running path, and a 3.4 kilometer cycling path, which are specifically designed to promote physical activity.

Both the running and cycling paths in the park are separate tracks and also include a slow and faster lane for convenience and safety. There is also an auditorium made from giant tracts from the original tobacco factory and which can accommodate a total of 15,000 people.

A building which was also once part of the tobacco factory will also be converted into an indoor sports centre and a museum that can accommodate up to 3,000 people.

One of the highlights of the park is the forest area where students and members of the public will be able to learn about nature and different ecosystems.

Once phase 3 is complete, the park will include a total of four ponds which can hold up to 128 million cubic meters of water.

The ponds act like giant sponges to soak up storm water during the wet season.

In addition the park is also able to double up as a water treatment plant, capable of producing up to 1,600 cubic metres of water per day. The new trees are in addition to the 1,733 mature trees that already grow on the site, with the whole site set to become home to a wide variety of wildlife.

Plans are also in place to upgrade the 1.3 kilometer elevated walkway which connects Benjakitti and Lumphini parks.

As well as being a boon for visitors, the flowers, trees and wetlands in the park will help to remove pollutants including PM2.5 particles from the air in Bangkok.

The official opening of the park is due to be held on August 12th to mark the Royal Birthday Anniversary of Her Majesty Queen Sirikit The Queen Mother.

Benjakitti Forest Park is open daily from 5am to 9pm and is located next to the Queen Sirikit Convention Center.

Tip:- The backdrop of skyscrapers from Bangkok’s business district that can be seen from the park’s lake make for an excellent photo opportunity. 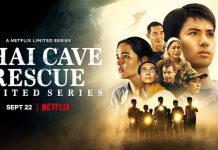