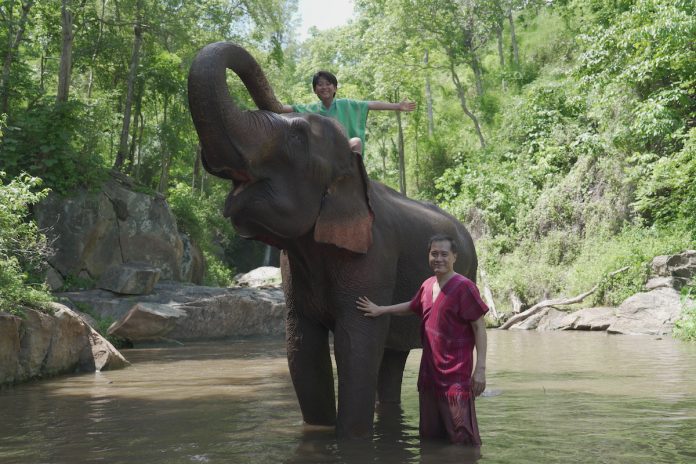 “Senator Weerasak Kowsurat” the ex Tourism and Sports Minister of Thailand and a boy of nine years old known by his cast name as “Thomas” are part of new video called “Thailand Amazing Thailand 2” to promote tourism in Thailand.

The short story of five minutes by “Will Robinson” features a family of five, the mother of whom takes the children on a holiday of a lifetime around Thailand which includes bathing and riding the elephants at Patra elephant farm in
Chiang Mai with Senator Weerasak Kowsurat.

The holiday of a lifetime video takes the family to over 30 locations in Thailand, including Mae Sai, Chinag Rai, Chiang Mai, Lamphun, Sukhothai, Buriram, Hua Hin, Koh Talu, Koh Chang, Phi Phi and Krabi. The video is made by The Isan Project who are currently finishing their second album called “The Beautiful North”.

Writer producer “Will Robinson” of “The Isan Project” says “It was a fairytale trip, I called the story “Where people’s dreams come true”, Thailand is a wonderful place to travel, there are so many places to go to, I think the video will encourage more people to come to Thailand from a wider audience and see all the sites”.

Senator Weerasak Kowsurat who is featured in the elephant scene says “It’s nice to see families come to join the elephants in their home the wilderness, especially Thomas aged 9 who didn’t want to leave”.

The video features two pieces of music by The Isan Project, a new song called “Holiday” and their popular tune “Thailand Amazing Thailand” which is performed by leading Thai vocalist Pui Duangpon.