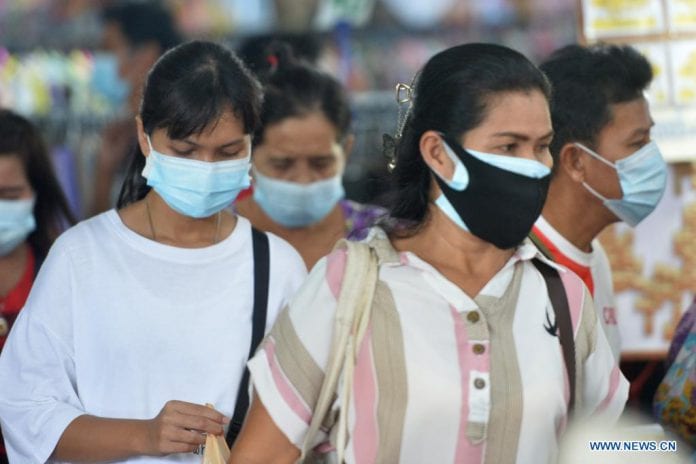 The cumulative deaths so far have increased over tenfold since the beginning of April, when the third wave of the outbreak started to sweep across the Southeast Asian country.

A total of 4,528 new COVID-19 cases were confirmed on Sunday, slightly lower than the previous day, raising the country’s tally of infections to 154,307, CCSA spokeswoman Apisamai Srirangsan told a daily briefing.

With 754 cases, domestic infections reported in Bangkok still marked the highest number among all provinces, she added.

Health official said on Sunday that 686 marketplaces in Bangkok and its vicinity have failed to fully meet the disinfection measures and been required to improve their sanitary practices.

Some 48,051 patients are currently under medical treatment, with 1,209 in critical conditions, according to CCSA.

Nearly 1.7 percent of the country’s population has been fully vaccinated, with over 2.4 million people received the first dose, and more than 1 million received the second dose, official data showed.

The Thai government plans to roll out a mass inoculation campaign next month, aiming to vaccinate 70 percent of its nearly 70 million population by the end of this year.