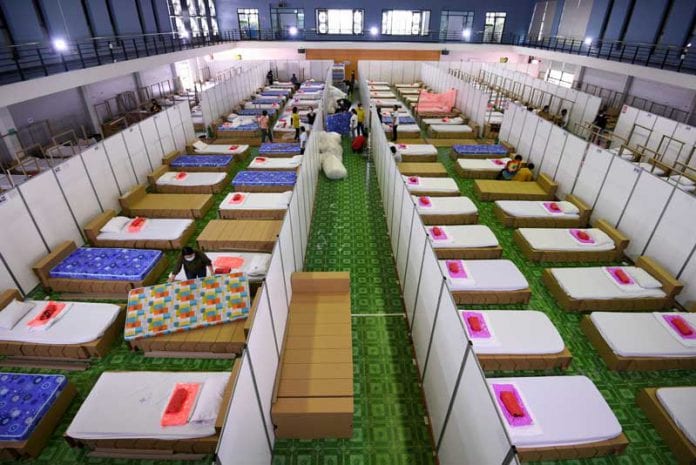 People who test positive for COVID-19 but refuse to go to a field hospital for treatment may face legal action, the Public Health Ministry has warned.

According to deputy public health minister Sathit Pitutecha, 74 patients in Bangkok have refused treatment in field hospitals, instead choosing to stay at home. The patients apparently told health officials they didn’t want to stay in a field hospital as they only wanted to stay in private rooms.

However, Mr Sathit said that it is imperative that every COVID-19 patient is taken care of by a medical professional at a certified medical facility, even if the patient is not displaying any symptoms.

Mr Sathit told Thai media that many of those who refused treatment at field hospitals were from so-called ‘high-so’ families.

Mr Sathit added that those who refuse to be treated at a field hospital are in breach of the measures under the Communicable Diseases Act.

Meanwhile, Thai language site Sanook reported that most of the patients who have refused treatment are from the cluster discovered at nightlife venues in Thonglor, Bangkok.

The article was republished with permission from Thaivisa.com