The Department of Land Transport announced on November 23 that motorists who have modified their headlights or taillights may face fines up to 50,000 baht.

Deputy Director of the Department of Land Transport Jantira Buruspat said the regulation is being mentioned again and enforced after receiving several complaints from people being affected by headlights and taillights.

The customization of vehicle headlights or taillights in private cars and taxi-meters is against the Vehicle Act B.E 2522, facing a maximum fine of 2,000 baht.

Light customization in public buses and trucks also violates the Land Transport Act B.E. 2522. Adding objects to vehicles that can injure other people’s physical health can face a maximum penalty of 50,000 baht.

Jantira Buruspat said we are also collaborating with police nationwide to randomly inspect vehicles at selected checkpoints. Authorities can immediately take charges against the drivers if their vehicles are found with modified lights. 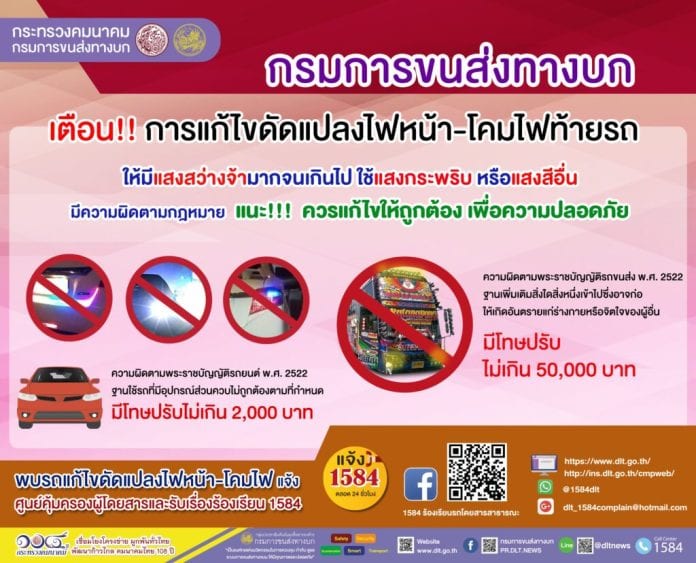