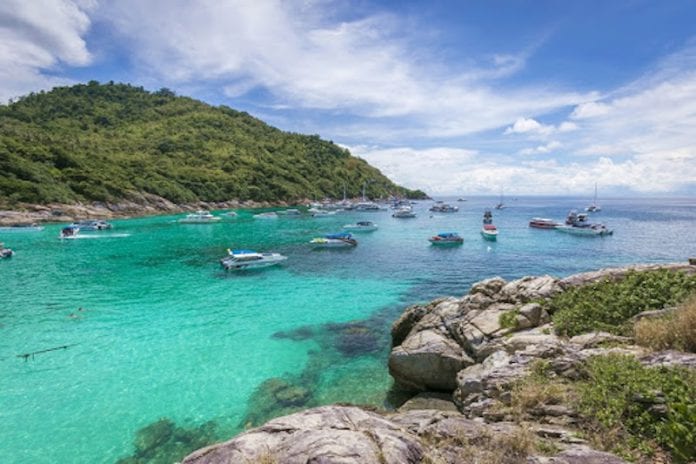 The “Phuket Sandbox” plan, recently approved by Thailand’s cabinet to pilot the country’s broader reopening, will from July 1 allow foreign tourists to enter and move freely on the island, provided they are fully vaccinated against the virus and fly from what the government deemed low- or medium-risk places.

Thailand planned to fully reopen to international travelers in 120 days to reduce “the enormous suffering” of those who have lost their ability to earn an income, Prime Minister Prayut Chan-o-cha said last week in a televised address, while calling the Phuket reopening “a pilot.”

Under the plan, eligible visitors can stay in Phuket for any length of time that their visa permits before leaving Thailand, but they must stay on the island for 14 nights if they want to head elsewhere in the country, according to details released by the Tourism Authority of Thailand (TAT).

Travelers must be vaccinated with the vaccines approved by the Thai government or the World Health Organization at least 14 days before departure, the Thai authority added.

The tropical island was chosen as the pilot program because it’s easier to control the epidemic situation there, and additionally it has an established medical system, said Chattan Kunjara Na Ayudhya, a senior TAT official.

Thailand’s strategy is “selective reopening” as it has yet to be ready to receive foreign travelers, but regions like Phuket need to have them back to sustain the local tourism industry, Chattan said.

Phuket is busy vaccinating its residents before the reopening. As of Tuesday, more than 53 percent of the island’s residents have been fully vaccinated, compared with a national level of over 3 percent, according to Thailand’s Center for the COVID-19 Situation Administration.

Following the island, other tourist destinations in the country, including Phang Nga, Krabi, Ko Samui, Pattaya and Chiang Mai, also planned to reopen to international visitors in the fourth quarter of the year.

Analysts considered the Phuket reopening as the spark to ignite the tourism recovery, but they also voiced concerns as the country continued to battle against its worst wave of the COVID-19 outbreak so far.

On Wednesday, Thailand reported 3,174 new confirmed cases, raising the nationwide tally to 228,539, with more than 85 percent of these infections reported since early April when the third wave of outbreak began.

International visitors may be concerned about Thailand’s COVID-19 situation, and to boost their confidence, the government must step up vaccine roll-out and enhance epidemic prevention and control, said Wichai Kinchong Choi, senior vice president of leading Thai bank Kasikornbank.

Prayut said last week that Thailand “must be ready to live with some risk” and “let people go back to being able to earn a living.”

In 2019, Thailand admitted nearly 40 million foreign visitors and the pre-pandemic tourism sector contributed about one fifth of the country’s gross domestic product.

The next year saw foreign arrivals slump approximately 83 percent to 6.7 million, with the first quarter being the only high season before global travel bans.

Calling the Phuket reopening “a baby step” in recovering the tourism sector, Anthony Lark, president of the Phuket Hotels Association, said the association projected a gradual increase in occupancy from the current less than 10 percent to at most 20 percent over the July-October period and 30-40 percent year-end.

If the “Phuket Sandbox” plan succeeds, it will provide a model for other similar tourism-reliant economies, Wichai said.

Thai authorities warned that the Phuket reopening would be canceled in the worst-case scenarios, where, for example, new infections in Phuket reach 90 cases per week, three districts or more than six villages have local transmissions, or healthcare facilities exceed 80 percent of capacity on the island.