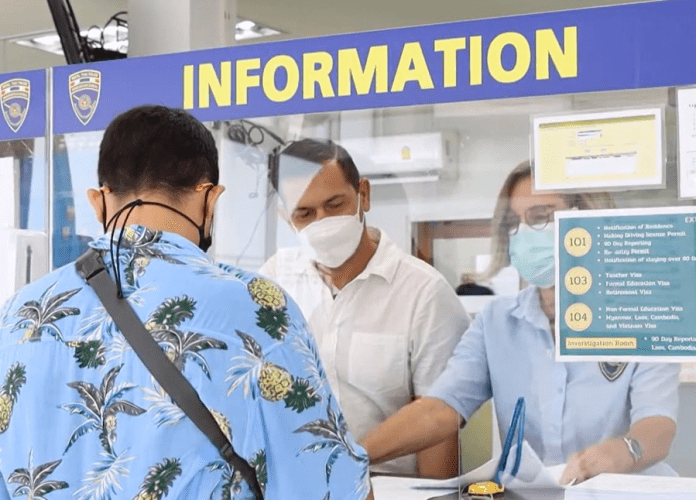 PHUKET (NNT) – A group of volunteering expats is now assisting with services at an Immigration Office in Phuket, making it easier for other foreigners contacting the office.

The volunteers called the Phuket Immigration Volunteers or PIVs was formed to help people needing the services of the Immigration Office in Phuket.

Carmen Keppler, a member of the PIV group, said she was impressed with the assistance given by others when she contacted the immigration office, as she was required to show several documents each visit.

She said the PIV group was founded by other expats in Phuket having the same impression, as sometimes communicating in English leads to miscommunication, as Phuket is home to a multinational community.

The group, consisting of expats from many countries, provides assistnce with multilingual communications as needed between foreign clients and local officials.

The group now includes expats from Germany, China, Hong Kong, Belgium, France, and the Netherlands, among others.

Carmen said she is happy to be able to help many other people with her volunteer work.