Public Health Minister Anutin Charnvirakul announced on Monday the first shipment of vaccines manufactured by SINOVAC will arrive in Thailand by next week.

Anutin said 200,000 doses of vaccines is expected to arrive on 24 February, although he added a gloomy warning that the delivery could be delayed if there is any unavoidable circumstance.

“If nothing goes wrong, they will be sent to Thailand by Feb. 24,” said the minister.

Anutin said the jabs could be administered within this month as soon as they pass inspection from the Department of Medical Services, which is a big question mark, since the vaccine has yet to be approved by the Thai FDA.

However, minister Anutin claimed the drug regulatory board has previously confirmed to him that they got all the necessary documents.

“There’s no delay,” Anutin said. “Everything goes according to plan. We are trying to expedite it.” 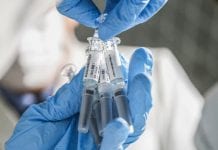 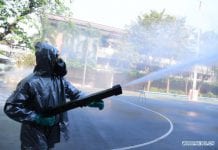