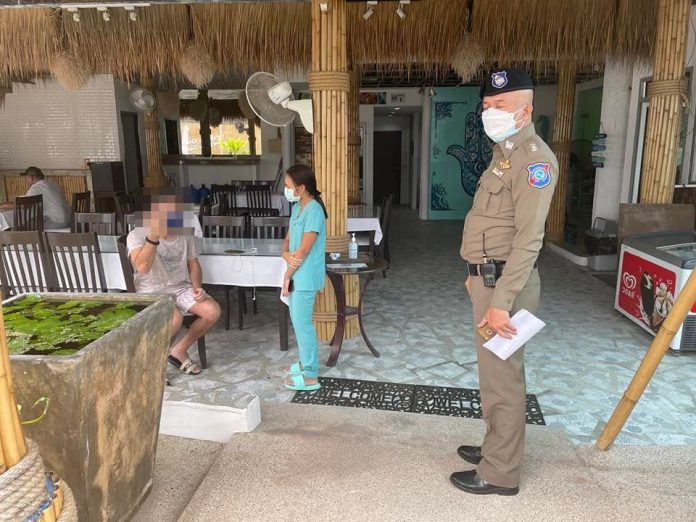 An Israeli man who escaped quarantine after testing positive fro COVID-19 has been arrested in Koh Samui after spending four days on the run.

The man identified by authorities as “Mr Ohad”, arrived in Thailand on December 17 and was placed in quarantine at a hotel in the Sukhumvit area.

Results from his RT-PCR test came back positive for COVID-19 but the strain has yet to be determined.
The patient then refused treatment before escaping the quarantine facility.

Police investigations indicated that Mr Ohad hailed a taxi from his Sukhumvit hotel that then took him to a Pattaya hotel in Chonburi province.

However, the Israeli national refused to provide travel documents and was therefore denied accommodation at the hotel.

He is believed to have remained in Pattaya until December 19 before returning to Bangkok, where he then rented a black Toyota Alphard van and headed south.

On December 20, investigators found visual confirmation of Mr Ohad turning up to Chumphon province and then traveling to Koh Samui in Surat Thani province.

On Wednesday (Dec 22) police managed to locate Mr Ohad to a restaurant near Nathon Beach in Koh Samui where he was arrested.

Police said he will be taken to hospital for treatment before being charged for violating the communicable disease control act.