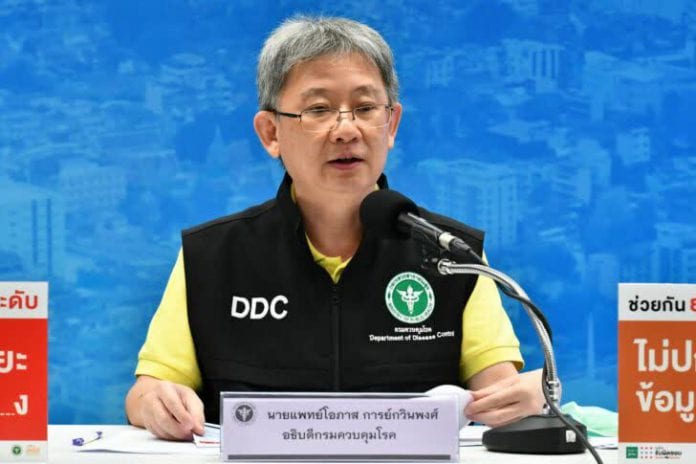 BANGKOK (NNT) – The government is negotiating to buy 25 million doses of COVID-19 vaccine from Pfizer and Johnson & Johnson, to meet the target of administering 100 million shots by the end of the year.

Department of Disease Control (DDC) Director-General Dr. Opas Karnkawinpong said the procurement of 8 million more doses from Sinovac, and the 25 million from Pfizer and Johnson & Johnson, will make the 100-million target achievable.

He said, following the start of the nationwide vaccination program on June 7, the department will initially allocate supplies on a weekly basis to those areas most in need, until shipments begin to arrive more frequently.

Dr. Opas added that a further 1.8 million doses from AstraZeneca arrived yesterday, which will be rushed to areas where there has been a significant shortfall. In addition, 1.5 million doses of Sinovac’s version will be delivered as mass vaccination begins.