Organised by Cha-Am Municipality, Singha Corporation and the Tourism Authority of Thailand (TAT), this annual event coincided with a festival to promote traveling to the five regions of Thailand. The opening ceremony of both events was chaired by the Phetchaburi governor Mr. Monthien Thongnit. The Mayor of Cha-Am, Mr. Nukul Pornsomboonsiri and Ms. Rattana Sappradit from TAT gave opening addresses.

Mr. Monthien said that Cha-Am was an important tourist hub of Thailand as over 5 million people visited the city yearly. All tourism promotion activities help raises the income of local business and the wellbeing of the community. This year the combination of two festivals has allowed tourism entrepreneurs to meet with their target group and customers in Cha-Am.

The Mayor of Cha-Am said that Phetchaburi Provincial Office had a policy that encouraged local areas to organise tourism promotion events to boost their economy. The Cha-Am Municipality, as a local body responsible for taking care of tourism in Cha-Am, hosted the 15th Shell Eating, Bird Watching and Squid Catching Festival with support of private and public organizations. Taking place from 13th to 22nd September 2013 at the Cha-Am lookout, this annual event managed to attract more visitors in the city during the rainy season in Thailand when there are fewer tourists in the country.

According to Ms. Rattana, TAT has a major policy to promote Thai tourism by regularly arranging activities for tourism business people to meet their target group. The festival to promote traveling to the 5 regions of Thailand is another activity that serves this objective. It has already been held in Chiang Mai, Udon Thani, Bangkok and Songkhla. Cha-Am is the final destination for this promotion. 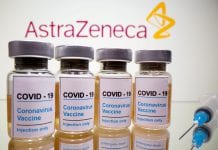 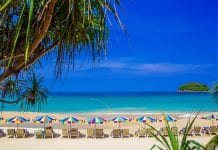