One of Thailand’s leading hoteliers has called on the Thai government to ease restrictions regarding the sale of alcohol by November 1, as the country plans to welcome the return of foreign tourists.

In an open letter to Bangkok Governor Asawin Kwanmuang, Bill Heinecke, founder and chairman of the Minor Group, has called for the “prompt resumption of alcohol sales to tourists in metropolitan Bangkok”.

Mr Heinecke says that at very least, alcohol sales should be permitted in restaurants and hotels – or in settings where alcohol is generally consumed responsibly.

“As one of Thailand’s largest providers of hospitality to foreign visitors, we are keenly familiar with the expectations and needs of travelers to Thailand,” Heinecke writes.

“For both business and leisure travelers, alcohol plays a central role in the enjoyment of their visits. It also makes a significant contribution in sales to restaurants and hotels, thus boosting the earnings of Thai businesses and the millions of staff that they employ.

“I recognize that public officials may have concerns about the impact of alcohol sales on COVID
transmission rates. However, a distinction should be made in the conditions and environments in which alcohol is present.

“Those who consume alcohol in proper restaurant and hotel settings typically do so responsibly.
“Such environments rarely exhibit the crowded conditions within bars, pubs, clubs, etc.

“To that end, I humbly request that restrictions on alcohol sales in Bangkok be lifted by November I, if not entirely, then selectively to establishments that serve the needs of foreign tourists to Thailand.

“At the very least, businesses that are approved by the Safety and Health Administration (SHA+) should be allowed to resume serving customers with the complete suite of services that patrons expect from November onwards”.

Mr Heinecke also calls on vaccination efforts to be stepped up in a “prime tourism destination such as Bangkok, Phuket and Samui”.

Negative PCR/ATK tests should also be required for “all travellers entering Bangkok or any major tourist destinations from all cities in Thailand”. 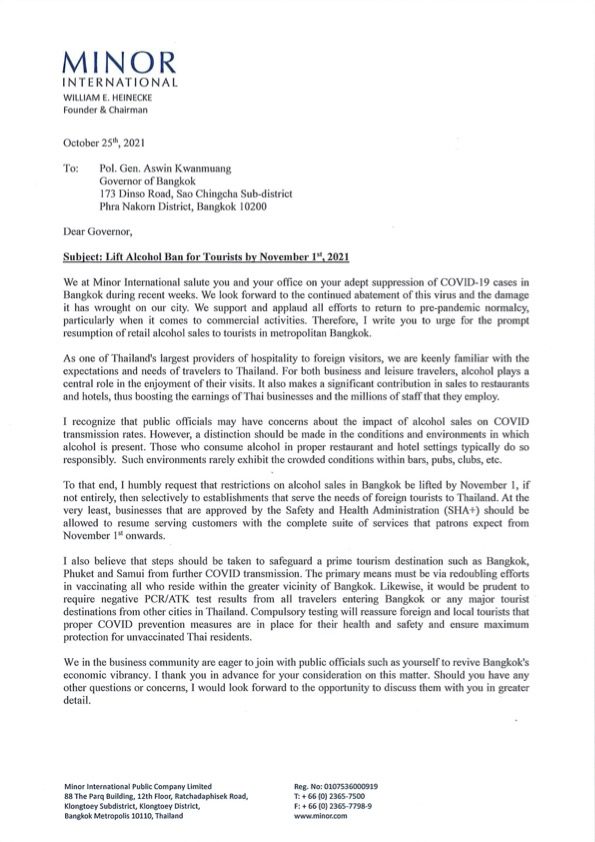 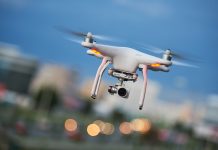 Drone users in Hua Hin urged to register their devices 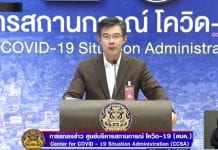 Tourists from 8 countries being asked to get retested, as precaution against Omicron variant