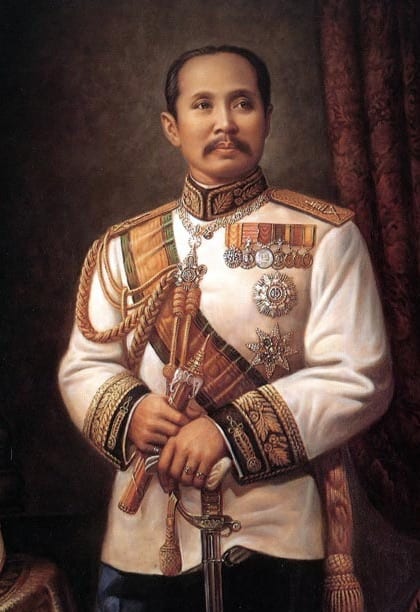 23 October of every year is a national holiday in Thailand as it marks “King Chulalongkorn Day” or known in Thai as “Wan Piya Maharaj”.

It is the memorial day of King Chulalongkorn, otherwise known as King Rama V. King Chulalongkorn well known for establishing several major reforms in Thailand, such as the Thai educational system, military affairs, State Railway and the most significant, the Slave Liberation Act without bloodshed in Thailand. King Chulalongkorn is the fifth monarch of Siam under the House of Chakri. He is the son of King Mongkut and the grandfather of the late King Bhumibol Adulyadej. Many Thais pay their respect for the great monarch by offering wreaths at the Equestrian Statue, at the Royal Plaza (Dusit District) on this day. Much of this part of Bangkok was originally built during the reign of King Chulalongkorn and bears the architectural blend of Thai and European characteristic of the era.

Besides the Royal Plaza, all other statues of King Chulalongkorn around the country sees smaller scaled ceremonies. Most private businesses remain open except for government organisations, institutions, banks, schools and universities which are closed on this day.