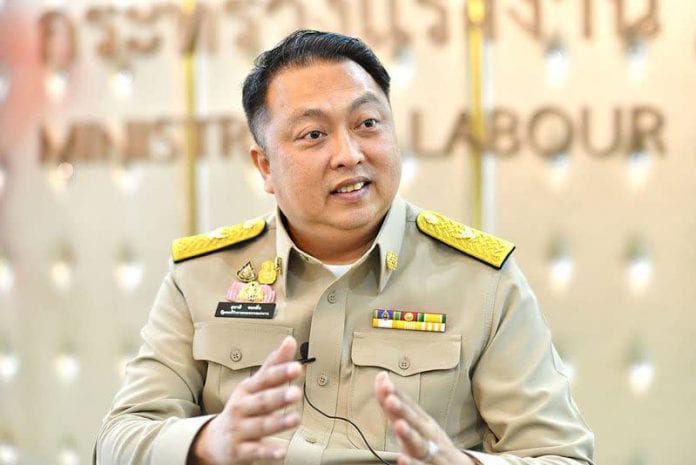 BANGKOK (NNT) – The Labor Ministry has set up six teams to deal with the problem of illegal foreign workers and employers who hired them as part of measures to contain the spread of Covid-19 in the country, after thousands of foreign migrant workers sneaked illegally into Thailand.

Minister Suchart Chomklin said the ad-hoc teams were assigned to investigate, arrest and bring labor-related offenders to justice. The ministry aims to strictly impose laws targeting three groups: employer and stakeholders who are involved with illegal migrants; migrants who enter and work in the kingdom illegally, and migrant workers who did not send information required for their work permits online by Feb 13 this year.

According to the Labor Ministry, during October 1, 2020 to April 22, 2021, over 647 employers out of 23,103 were prosecuted as they allowed migrants to work without legal documentation and 541 out of 331,689 migrants were punished for working in the kingdom illegally.

The ministry warned that migrants without work permits or working beyond the scope of what is allowed in their permit would face 5,000-50,000 baht fines and they would be sent back to their home countries after being punished in Thailand. Employers who allowed such employment would be fined 10,000–100,000 baht per illegal migrant.