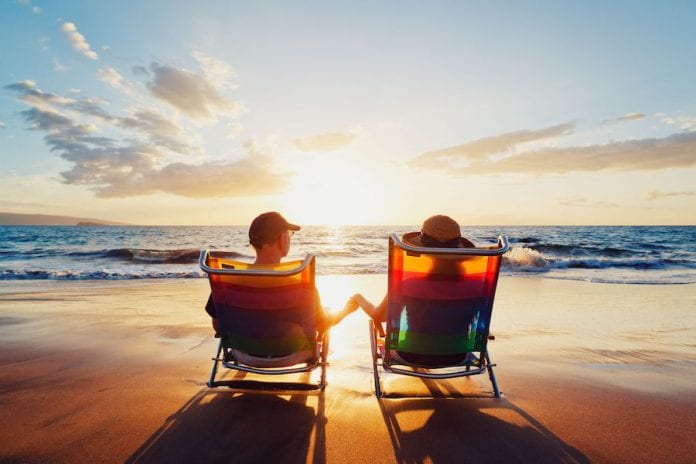 Thailand has been ranked as the fourteenth best destination for expats to live and work, according to the Expat Insider 2021 survey by InterNations.

The survey, which was carried out between 7 to 31 January 2021, had a total of 12,420 expats participating from 174 nationalities and living in 186 countries or territories.

One of the key findings of the survey was that the vast majority of expats said they were happy with their life in Thailand.

For the rankings themselves, respondents were asked to rate up to 37 different factors related to various aspects of expat life on a scale of one to seven.

The rating process emphasizes the respondents’ personal satisfaction with these factors and considers both emotional topics (e.g., getting used to the local culture) and more factual aspects (e.g., transportation infrastructure) with equal weight.

Thailand scored well in the Cost of Living Index where it ranked 10th overall, with 70% of respondents indicating they are happy with this aspect of life in the Land of Smiles, compared to 48% of respondents globally.

“The cost of living is lower than in other large and developed places”, an American expat was quoted as saying.

Similarly, Thailand was found to perform well in the Personal Finance Index (12th) with two thirds of expats (67%) saying they were satisfied with their own financial situation compared to 64% globally.

Additionally, 82% of expats in Thailand said their disposable income is enough or more than enough to cover their living expenses in the Land of Smiles compared to 77% globally.

While Thailand landed a mediocre score in the Quality of Life Index (33rd place overall), it performed very well for the quality of its medical care (7th), with 85% of expats rating this positively (compared to 71% globally).

“I like the first-class medical facilities and healthcare in Thailand,” said a British expat.

Thailand also ranked in the the top 10 in the Leisure Options subcategory (7th), with 82% expats saying they were satisfied with their socialising and leisure activities, compared to 67% globally.

Additionally, the survey found that 85% of expats were happy with their life in Thailand compared to 75% globally, ranking 7th out 59 in the Personal Happiness subcategory.

Some of Thailand’s worst rankings came in the Quality of the Environment subcategory, where it ranked 51st overall.

Over half of expats (51%) said the poor air quality was a negative aspect to living in Thailand.

An American expat in Chiang Mai said “the smoky season” was a problem, adding “in Thailand, there is the worst air quality in the world for about three months every year”.

Expats (22%) were also dissatisfied with water and sanitation infrastructure in Thailand, compared to 12% globally.

Thailand also ranked in the bottom 10 amongst expats for political stability (55th).

Thailand’s performance was weakest in the Working Abroad Index (42nd): 45% of expats are unhappy with the local career opportunities (vs. 33% globally), and 29% rate the state of the local economy negatively (vs. 19% globally).

In Thailand, full-time employed expats work an average of 44.4 hours a week (vs. 43.2 hours globally). Most expats in Thailand (70%) are overall satisfied with their job (vs. 68% globally).

Many expats in Thailand (61%) say the pandemic has not had an impact on the length of their current stay abroad (vs. 63% globally).

Expats in Thailand are slightly less satisfied with the official communication on COVID 19 than the global average (63% vs. 66% globally). Still, an Australian expat shares: “I am impressed with the way the Thai government has managed issues associated with the COVID-19 pandemic.”

Thailand’s 14th place ranking was a significant improvement from its ranking in recent years. This post has been republished with permission from Thaivisa.com