Among many speakers who gave a special presentation and joined group discussions were the Deputy Minister of Tourism and Sport Mr. Khachon Weerajai, the Prachuap Khirikhan Governor, Mr. Weera Sriwattanatrakul and the Director of TAT, Mr. Somchai Chomphunoi. Mr. Khachon said that the Thai government had already coordinated with other ASEAN member countries for 600 million people and the eight registered professions which can work in any ASEAN countries once they have an ASEAN work permit.

These professions include doctors, survey engineers, tourist guides, business entrepreneurs, hotel personnel, industrial and hotel accountants. In 2016, there will be many ASEAN people outside Thailand applying for a job here, especially Filipinos who are more fluent in English than Thais. Additionally labourers from Myanmar, Laos and Cambodia will come to work in Thailand. The advantage for Thailand is that resources for the tourism industry are abundant. However business people need to be wellprepared for internal problems, particularly political conflicts which have been prolonged in Bangkok. However in the northern and southern parts of Thailand, many Thai and foreign visitors are enjoying their vacations.

When the political turmoil comes to an end, Thailand will enjoy a better situation, especially in tourism which yields a major income. However the current political conflict is not as bad as the economic crisis that took place in 1997. Mr. Weera added that, despite the political situation, Prachuap Khiri Khan remains a major income source thanks to its natural wonders, beautiful beaches and mesmerising archeological sites.

Additionally, the Province has officially opened the Singkhon checkpoint, allowing major businesses such as Tesco-Lotus, Home Pro, Thai property and five-star hotels to invest more in Hua Hin and other districts in the Province. As the Governor of Prachuap Khirikhan, Mr. Weera said he was confident that the local economic growth of the Province would continue and expand more once Thailand becomes a member of the ASEAN Community.

The TAT Director also stressed that the TAT was promoting “green” zones in each region of northern, central, eastern and southern Thailand. This means the tourist sites have to take care of themselves in terms of prevention against pollution problems and physical damage for sustainable tourism. Realising how important the green zones are, 21 private companies have already signed an agreement to protect the areas the same as in other countries.

In Thailand, major income from tourism depends on tourists’ use of local transport, local restaurants, local stores, staying at local hotels and participating in traditional social activities, said the TAT Director. If public and private sectors address these concerns and cooperatively work to promote tourism, Thailand will become number one for tourism development in ASEAN, concluded the TAT Director. 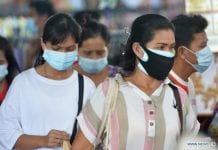 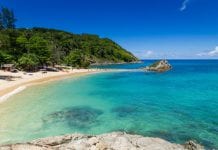 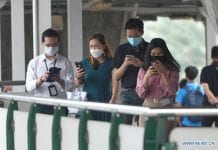