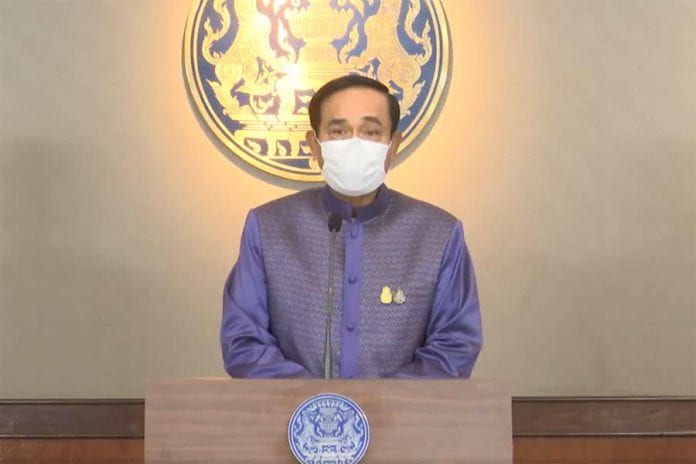 BANGKOK (NNT) – The Cabinet has granted the prime minister power to temporarily enforce 31 items of legislation to curb the spread of Covid-19.

Government spokesman Anucha Burapachaisri said the Cabinet has approved a draft announcement transferring the power of Cabinet ministers to the prime minster to ensure efficient handling of the Covid-19 situation.

He said the transfer of power is limited to efforts in preventing the transmission of the virus, mitigating the impacts and providing assistance to the public, adding that a similar announcement issued on May 26 last year will be replaced by the new announcement.