A Japanese-Singaporean joint venture has won the contract to build the USD1.5 billion Hanthawaddy International Airport located north of Yangon. The bid winner — a consortium comprised of Singaporean firms Yongnam Holdings Ltd. and Changi Airport Planners and Engineers (CAPE), as well as Japan’s JGC Corporation was announced at a recent press conference. The contract for the airport was put out to tender in February 2013 for the first time, but was re-opened for tender a year later after the government was unhappy with the terms proposed by the initial tender winner.

A South Korean conglomerate, won the first tender in August 2013, but negotiations on lending terms for the project broke down and the government rescinded on the contract. The Civil Aviation Department general director, Win Swe Tun, was quoted as saying that the recent offer was more attractive to the country government and reduced the risk for the nation.

Yangon International Airport is also being upgraded and will be able to handle up to 6 million travellers a year when the expansion is complete in 2016. However, there will be three critical years when Yangon airport’s capacity will be stretched to accommodate growth until the new airport opens and takes over the role as the main gateway. 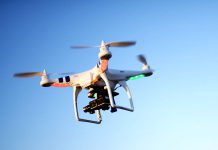