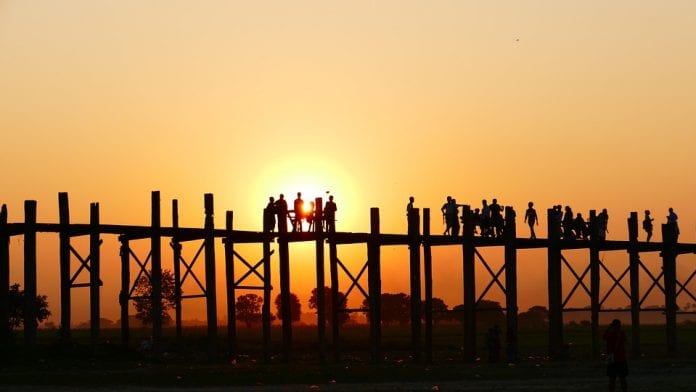 A five-day car rally between Thailand and Myanmar illustrates the potential for overland travel however the restrictions imposed by the countries concerned make these journeys impractical for most.

The trip road trip from Yangon was hatched by The Tourism Authority of Thailand (TAT) and Myanmar Tourism Marketing (MTM). TAT deputy governor for marketing communications Tanes Petsuwan said: “This is a great way for our two countries to boost cross-border travel and raise the number of tourists coming to Thailand through overland tours.” Singkhon Border: a potential gateway for tourists to Myanmar? The caravan rolled out of Yangon, crossing the border to Thailand to explore secondary tourist destinations in central and west Thailand. The objective was to show that overland travel was technically feasible, although it still is not practical for the individual self-drive car expedition. It illustrates what is possible on a government-to-government basis with transport, customs and immigration rules fast tracked to ease red tape. The one-off car caravan featured 30 vehicles and 80 participants, including senior officials from Thai government agencies. Travel agencies, traders, and media also participated, as well as Myanmar influencers such as beauty queens Miss Grand Myanmar 2014 and Miss Myanmar International 2018. The caravan covered 2,500 km over five days on a rondtrip route: Yangon–Dawei–Kanchanaburi– Nakhon Sawan–Phitsanulok–Sukhothai– Tak–Myawaddy–Yangon, passing through overland checkpoints. TAT deputy governor for marketing communications Tanes Petsuwan On the outward leg, the group crossed the border at the Phu Nam Ron temporary border checkpoint in Kanchanaburi province. This checkpoint is identified as a permanent checkpoint by Myanmar’s Ministry of Labour Population and Immigration, but not for eVisa travelers. After a visit to Sukhothai in central Thailand, a city on the Asian Development Bank’s East-West trade corridor, the group crossed back into Myanmar at the Mae Sot border checkpoint, which is a permanent checkpoint valid for eVisa visits. The Mae Sot-Myawaddy checkpoint To put self-drive cross border touring between the two countries into perspective, here are comments posted online by a reputed Myanmar marketing company. “Crossing into Myanmar with your own vehicle (motorhome, car or motorbike) requires special permission and you will have to be accompanied by a guide and sometimes a Ministry of Hotels and Tourism liaison officer. “The permits typically take at least a month to process. Note that cycling groups also need permission for border crossings,” posted Go-Myanmar.com. Similar tough Land Transport department rules apply for cars crossing into Thailand from neighboring countries, but without the guiding and liaison officer requirements. They have been strict enough to virtually end all self-drive trips by Chinese to Thailand’s northern provinces via Laos. The Mae Sai (Thailand) – Tachileik (Myanmar) border is at the northern-most tip of Thailand There are easier rules that apply for vehicles registered in Myanmar and Laos for cross border visits to the Thai province adjacent to the border for trade rather than tourism purposes. In 2017, more than 386,600 Myanmar tourists visited Thailand (+7%) and generated an estimated THB 16.653 billion in revenue (+11%). Flying from gateway airports Mandalay, Nay Pyi Daw and Yangon to Bangkok and Chiang Mai to Thailand; very few of those who traveled overland through four recognised immigration checkpoints between the two countries crossed in their own vehicles. The four official land border checkpoints between Thailand and Myanmar are: Tachikeik-Maesai; Myawaddy- Maesot; Kawthaung-Ranong; Htee Kee- Phu Nam Ron. Tachileik, Myawaddy and Kawthaung International Land Border Checkpoints are approved for enter/exit with eVisas. Checkpoints both land and air for eVisa holders are: Yangon International Airport; Mandalay International Airport; Nay Pyi Taw International Airport; Tachileik Land Border Checkpoint; Myawaddy Land Border Checkpoint; Kawthaung Land Border Checkpoint. – TAT