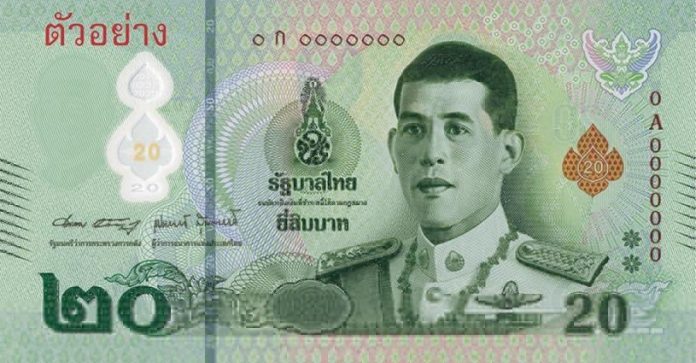 New 20 baht bank notes will be in circulation in Thailand from March 24, the Bank of Thailand (BoT) has announced.

The notes will be made of polymer, which the BOT says will improve the quality, making them cleaner and more durable.

Dr. Sethaput Suthiwartnarueput, the Governor of The Bank of Thailand, explained that polymer was chosen for 20 baht notes as they are Thailand’s most widely used denomination and therefore prone to being more worn out and soiled than other denominations.

The polymer notes are made from a synthetic material that does not absorb dirt or humidity. 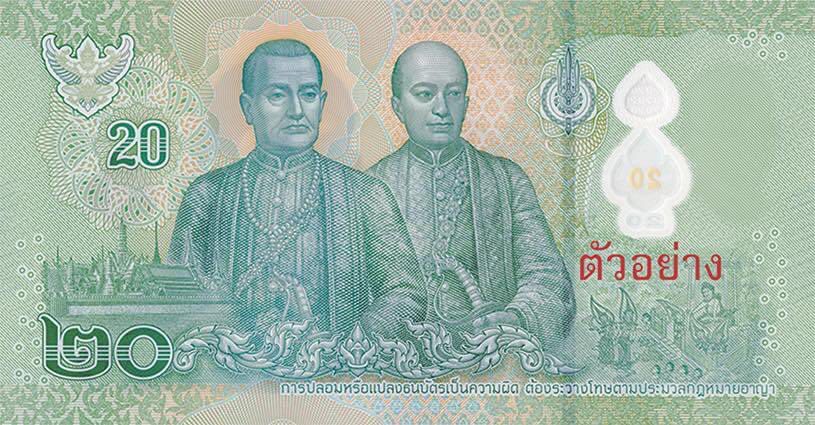 Because the polymer notes are more robust and durable, the BOT will reduce the number of new notes it prints in order to replace damaged banknotes.

Polymer notes are widely used by central banks in many countries, including the UK, Singapore, Australia, Vietnam and Malaysia.

The BOT says the polymer notes keep the same theme of design and features as the current 20 Baht paper banknotes in circulation.

However, the new notes include anti-counterfeit technologies making them more difficult to counterfeit.

The notes include “clear windows” security feature which can be seen through from both sides.

The lower clear window exhibits color-shifting from translucent yellow to red. For the visually impaired, the added feature is the small numeric “20” embossed numbers in the upper clear window, which can be easily touched and felt.

The new 20 Baht polymer banknotes will be issued on 24 March 2022 through all banks’ branches.