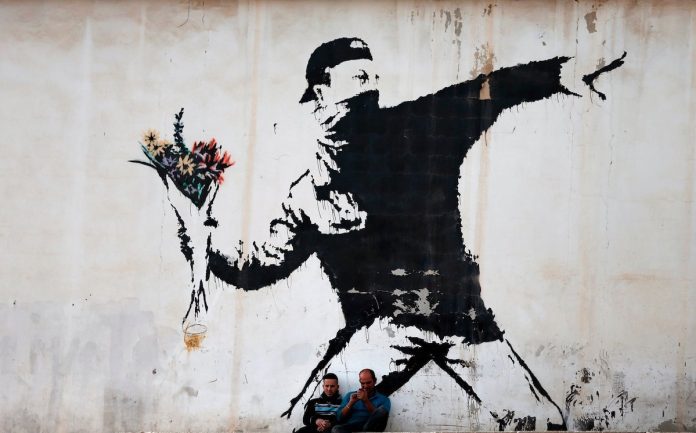 For anyone visiting Bangkok between October and the end of the year, a new exhibition showcases the work of Banksy, regarded by many as the world’s greatest graffiti artist.

The Art of Banksy: Without Limits will be held at MOCA Bangkok from October 26 to December 31 and will feature more than 150 certified originals by the artist.

Banksy’s work is synonymous with being anti authoritarian, disruptive, satirical and thought provoking in its nature.

Very little is known about Banksy himself, as he refuses to be interviewed and carefully maintains his anonymity.

A number of claims have been made over Banksy’s identity, fuelling media interest. Most recently, many sources, including an entire newspaper publication, suggested he was a Bristol native by the name of Robin Gunninham. Though the prospect of uncovering Banksy’s identity would allow for a greater understanding of his motives and mission, no claim had ever been confirmed. His identity has reputedly even been concealed from his family.

The Art of Banksy: Without Limits, is the latest in a number of Banksy exhibitions that have popped up across the world in recent years.

Like this show, the exhibitions clearly state they are “UNAUTHORIZED”. Banksy himself wants nothing to them and has not given his consent.

The Art of Banksy: Without Limits has already been seen by 1.2 million people worldwide.

And regardless of what Banksy may think, The Art of Banksy: Without Limits offers people in Thailand a rare opportunity to see the work of one of the most important and talked about artists of our time.