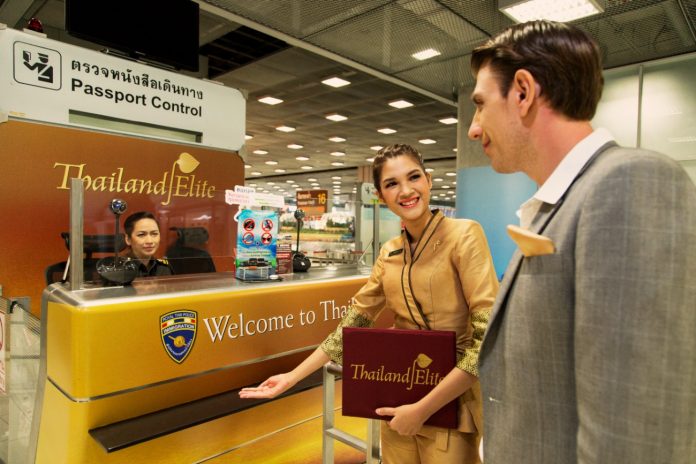 Thailand Privilege Card Co Ltd, the company that operates the Elite Card, has launched a new program that will allow new and some existing members to legally work in Thailand.

Under the Elite Card’s new Flexible Plus Program applicants will be able to obtain a work permit.

Previously, Elite Card holders were prohibited from working in Thailand.

But now new applicants to the Flexible Plus Program, as well as existing members of the Thailand Elite Card, Elite Ultimate Privilege, Elite Superiority Extension and Elite Privilege Access will be granted the right to work in Thailand. That’s providing they invest at least $1 million, approximately 32 million baht, into Thailand within one year of being granted the card.

The Flexible Plus Program is available to Thailand Elite Card holders with 10 years validity on their membership, while other members’ card validity must be of at least 5 years.

The change in policy regarding being able to obtain a work permit was announced on Thursday (Feb 17) by Tourism Authority of Thailand (TAT) governor Yuthasak Supasorn, who said the proposal was approved by the Cabinet back in October 2021.

The aim of the program is to attract foreigners with high spending power in order to help boost the Thai economy as part of its post pandemic recovery. According to information released on Thursday, the 32 million baht investment can be made in three ways, including in real estate, investment in a limited or public limited company or as an investment in the stock market, which can include via an investment agency approved by the Securities and Exchange Commission.

The target group for the new program are people from China, Japan, UK, Hong Kong, Russia, France, USA and Singapore.

The company said there are currently 16,000 Thailand Privilege Card members.

Members of the Flexible Plus Program will have their visa type changed from a Special Temporary Stay Visa (PE Visa) to Non-Immigrant B (Non-B) which will make them eligible for a 5 year work permit. Spouses and children up to the age of 20 years old can also be included as dependents.