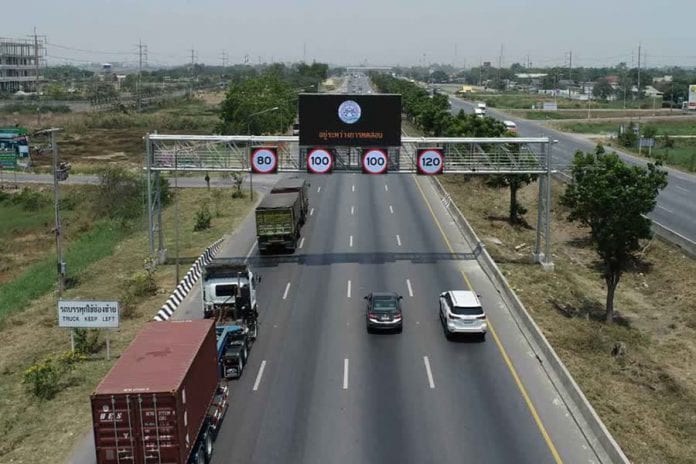 BANGKOK (NNT) – The Transport Ministry has started the faster highway speed limit of 120 kilometres per hour on a section on Highway 32 between Bang Pa-in district of Ayutthaya and Muang district of Ang Thong on Thursday and will expand it to other highways in all regions from August.

Minister Saksayam Chidchob said the new speed rule was designed for sections of highways with at least four lanes and traffic barriers and without a median at-grade U-turn in order to reduce traffic congestion and rear-end collisions resulting from unregulated speeds on different lanes.

He said there were traffic signs to instruct speed limits for different lanes and rumble strips to indicate the beginning and end of the highway section under the new speed regulation.

The minister added that from December onwards the new speed limit would be imposed on more sections of highways with an overall distance of about 1,760km.