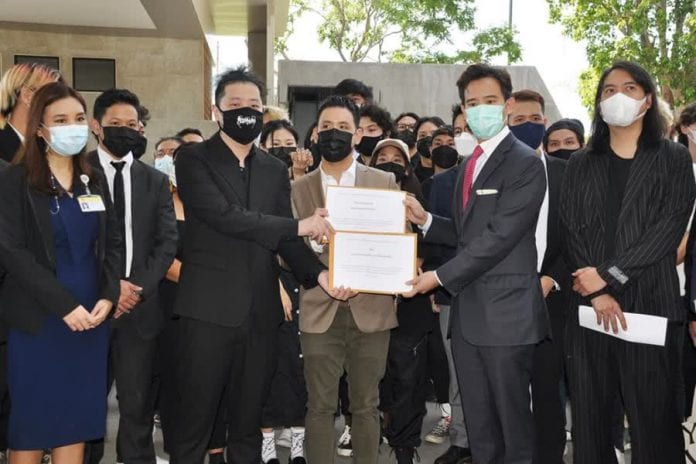 BANGKOK (NNT) – A federation of nighttime entertainment venues and businesses, along with performers, have submitted a letter to the Prime Minister calling for relaxation of restrictions on their operations or a clearer timeline for reopening, with MPs assuring they will seek aid for them.

The letter was submitted to Prime Minister Gen Prayut Chan-o-cha in his capacity as chairman of the Economic Development Committee and asked for clarification on plans to aid nighttime businesses currently completely restricted by COVID-19 measures. The letter was received by Bhumjaithai, Democrat, Pheu Thai, Move Forward and Seri Ruam Thai party Members of Parliament.

Demands in the letter included an end to the blanket closure order affecting nighttime entertainment venues, an unlocking of particular activities by their businesses by August 1, 2021 or a clearer timeline until reopening, vaccinations for their staff and suppliers, a clear plan for financial assistance and an open forum on relevant policies.

Representatives of the federation indicated that they have received no aid despite the closure resulting in unemployment and loss of revenue, and say that they are ready to speak with relevant agencies to find usable solutions. They asserted however, that their goal is to return to work within a clear timeframe, pointing out other public spaces have been allowed to reopen under sanitation protocols.