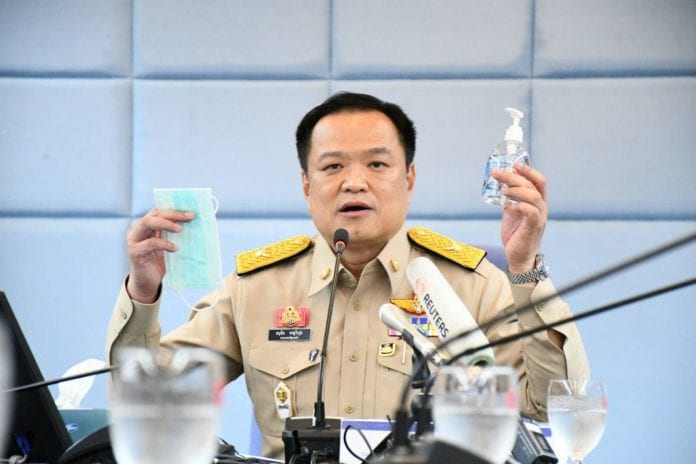 Public Health Minister Anutin Charnvirakul on Tuesday confirmed that people can leave red-zone provinces freely to return to their hometowns over the Songkran holidays. However, he warned against socialising or drinking in crowded areas over the holiday period (April 10-15), since Covid-19 is still spreading.

Anutin said people must make lifestyle adjustments to prevent the virus from spreading over Songkran, including staying at home with their family and avoiding crowds.

In red-zone areas, restaurants and entertainment venues are banned from serving alcohol, holding performances or parties and must close by 9pm.

Anutin said the situation had not yet reached a point where people travelling from red zones would face mandatory testing before departure or 14-day quarantine on arrival in their home provinces. However, he urged people not to share glasses or plates and warned that using the same ice bucket could result in becoming infected. Anutin added that the cluster of 240 infections linked to nightspots in Thong Lor was unacceptable.