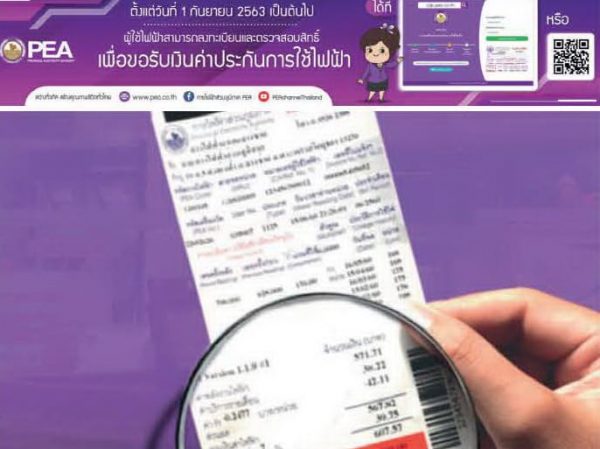 The Provincial Electricity Authority of Thailand (PEA) will be reducing the FT charge per unit of electricity consumption from January to April 2021.

An amount of 2.89 satang per unit will be discounted from the consumption, meaning consumers will only pay 3.61 baht per unit instead of the nomal 4 or 5-plus baht per unit in the next four months.

The government aimed in continuing to help people to minimize the high cost of living especially during the present crisis by reducing the cost of basic needs such as the monthly electricity bills of the consumers.

In addition, the efficient management of PEA import of renewable gas for generating power contributed to the lower cost of electricity consumption as well.