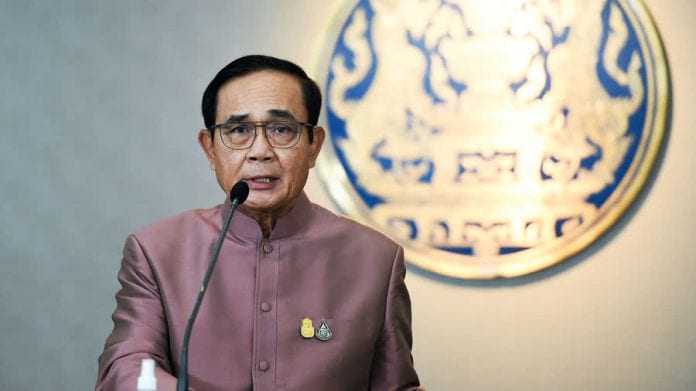 BANGKOK (NNT) – The Prime Minister has apologized to people who may have had their vaccine appointments rescheduled due to changes in vaccine allotment, promising to improve distribution for better access in all provinces.

After the Cabinet meeting today, the Prime Minister Gen Prayut Chan-o-cha revealed the government has issued a new vaccine allotment plan for more efficient and equitable distribution, while ensuring all provinces have access to the supply.

He said provinces will be assigned a quantity of vaccines based on crucial factors such as population size, age structure, number of COVID-19 cases, presence of vulnerable groups, occupational structure, as well as the economic or tourism importance of the area.

Provincial authorities will be responsible for distribution of the vaccines they receive to hospitals, while people with vaccination appointments are encouraged to adhere to their present appointment dates as much as possible.

The National Security Council Secretary General Gen Natthapon Nakpanich said the Ministry of Public Health is gradually releasing the vaccines to provinces in a more dynamic timeframe, with the distribution proceeding once the supply becomes available.

The Prime Minister has apologized to people whose appointments have been rescheduled, while assuring those waiting that everyone will receive their jabs, as manufacturers continue to deliver vaccines in batches.

He said the government will try to procure as many doses as possible, to ensure no one is forced to reschedule their appointments.

Thailand is currently trying to achieve a target of procuring 100 million doses by the end of year. So far, the government has secured orders for 61 million doses of AstraZeneca vaccine, plus 6 million doses from Sinovac.

The government is now in the process of inking new deals for 8 million more Sinovac doses, and 25 million doses from Pfizer and Johnson & Johnson. More doses will also be available after negotiations with other countries, as well as those developed locally.