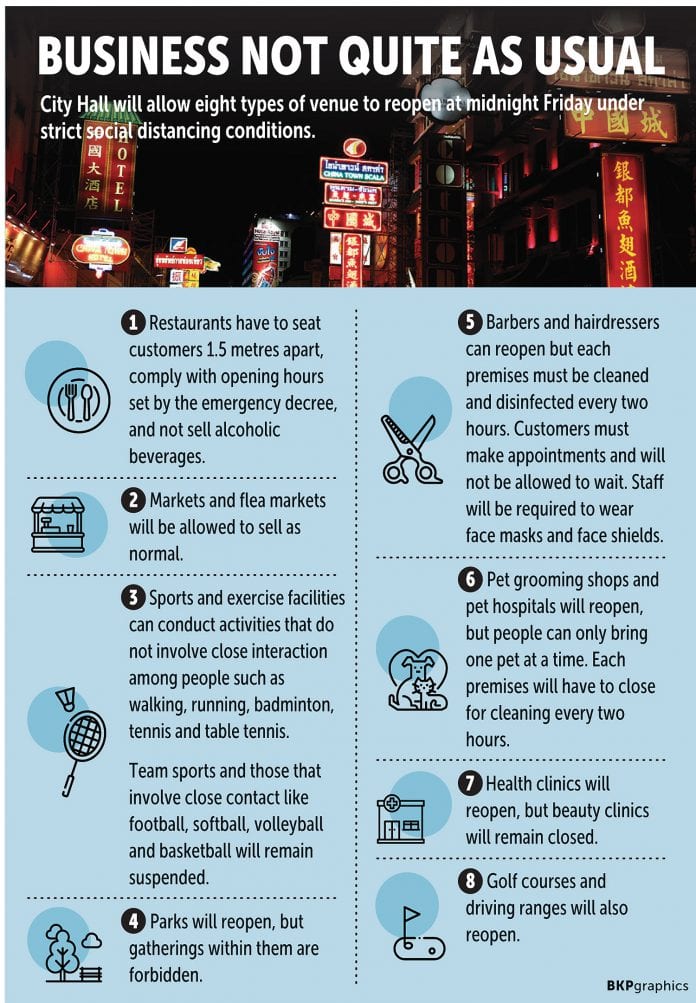 Prime Minister Prayut Chan-o-cha has urged people and business operators to be patient for a little longer as the government has decided to extend the state of emergency for another month in its continued efforts to flatten the Covid-19 infection curve.

“I realised that everyone, including low-income earners, farmers and those with independent careers, is experiencing hard times. The government will take good care of you with existing budgets and an executive decree on loan, the details of which will come out later.”

“I would like business operators to be patient a little bit longer. I also share your pain,” the prime minister said after a cabinet meeting which approved the extension yesterday during the Cabinet’s meeting.

“When it is time to lift the lockdown, I will let you know. Try not to make too many demands… We still have to watch out for resurgence in infections,” Gen Prayut said.

The cabinet also decided to maintain disease control measures. Inbound traffic by land, water and air into Thailand will remain heavily restricted. Inbound flights will be banned for another month until May 31.

The curfew will remain in place from 10:00 pm to 4:00 am. Unnecessary inter-provincial travel must be canceled or postponed.

People will be prohibited from entering crowded areas for activities that facilitate the spread of the virus. Provincial governors will set their own restrictions accordingly.

Among the venues that would be allowed to reopen are restaurants which would have seating arrangement of 1.5 metres apart, comply with opening hours as restricted by the emergency decree, and not sell alcoholic beverages.