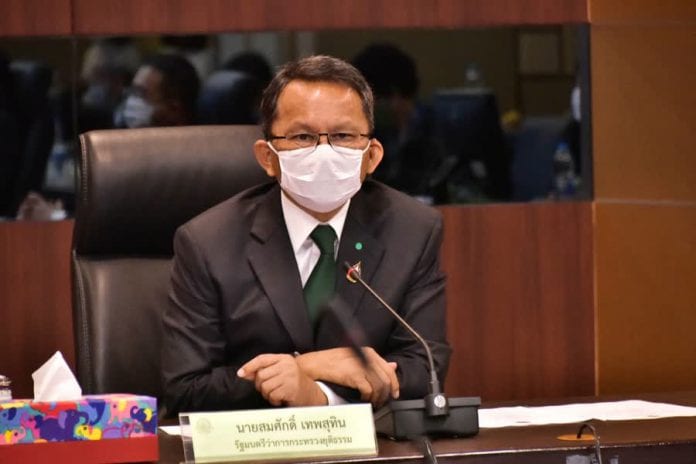 Somsak Thepsuthin, Minister of Justice said the fastest way to stop infections in prisons is to have prison inmates and officers who have not been infected yet vaccinated. The Minister of Justice has also requested doses of vaccine from Anutin Charnvirakul, Public Health Minister.

Though many cases have been found in prisons, they were all identified in specific places such as Chiang Mai and Narathiwat prisons.

Minister Somsak added that it is well-known that space per person for Thai prison inmates is much less than standard. Currently, each Thai prisoner has less than a 1.2 square meter space which is around half the size of the international standard of 2.25 square meters per prisoner.

So building more prisons is impossible for now.