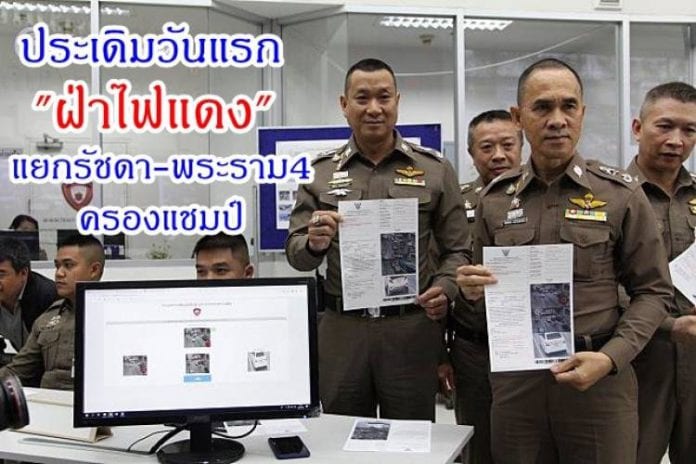 Police in Bangkok reported that 538 motorists jumped red lights on Sunday between 12:01 p.m. and 3:00 p.m. in the afternoon.

They were caught on the new “Red Light Camera System” installed at 30 intersections in the capital. The system started on Sunday.

Top of the red light jumping league was the Ratchada – Rama IV intersection with half of all the cases – 269. Second was Asoke-Petchburi with 78 or 14.5%.

Pol. Maj.Gen. Jirasan Kaewsaeng-ek said that collecting fines was not the priority – he wanted people to obey the law and stop the dangerous habit of jumping the red lights.        He said that PR campaigns leading up to the start of the new system and signage 50 – 100 meters before the intersections warned motorists but still they flouted the law.

The data from the trial period will help police understand why some intersections are worse than others. Still he was happy that after 948 jumped the red lights on Saturday, there was an improvement of 43.24% on Sunday.

Cameras with infrared night vision and 12 million megapixel capability can entrap all violating vehicles, he said.

But no fines will be issued yet as the installed system continues to be monitored. However, from the initial violation, 20 motorists can expect to get fines through the post and points on their licenses.