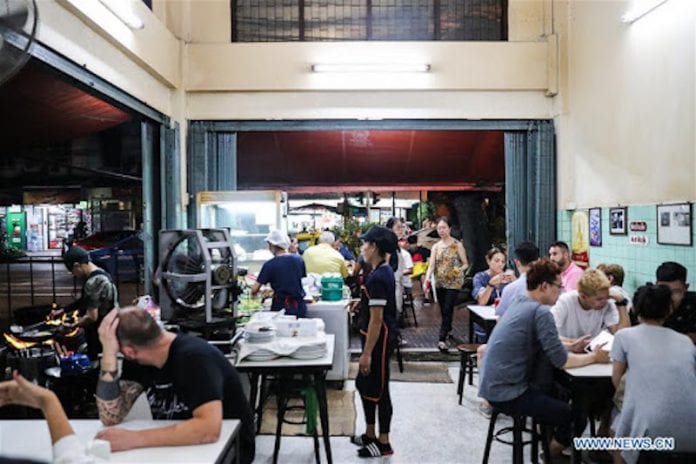 (Xinhua) — The Thai Restaurant Association on Tuesday called on the government-run Center for the COVID-19 Situation Administration (CCSA) to allow restaurants in Bangkok and neighboring provinces to open until 11:00 p.m. and serve alcohol in spite of the sustained pandemic situation.

Thai Restaurant Association president Thaniwan Kulmongkol submitted a letter of petition to Prime Minister and CCSA Chairman Prayut Chan-o-cha, calling for an extension to the dine-in hours for customers at restaurants in Bangkok, Samut Prakan, Nonthaburi and Pathum Thani from 9:00 p.m. to 11:00 p.m. and allowing more seating space in the restaurants from 25 percent as currently provided to at least 50 percent.

Bangkok and its neighboring provinces are currently put under maximum control and restrictions due to a large number of daily confirmed cases of COVID-19 infection for the last few months.

The Thai Restaurant Association also petitioned that the CCSA allow those restaurants to serve alcoholic beverages since, she said, most customers would only spend an average of two hours drinking at the restaurants and would not stay on beyond an 11:00 p.m. limit.

Thaniwan said an estimated 50,000 restaurants in Bangkok and the neighboring provinces might eventually go out of business in the next two to six months if such petitions were not met.

The CCSA is expected to consider the association’s demands on the upcoming Friday, according to CCSA Operations Center director Nattapon Nakpanich.