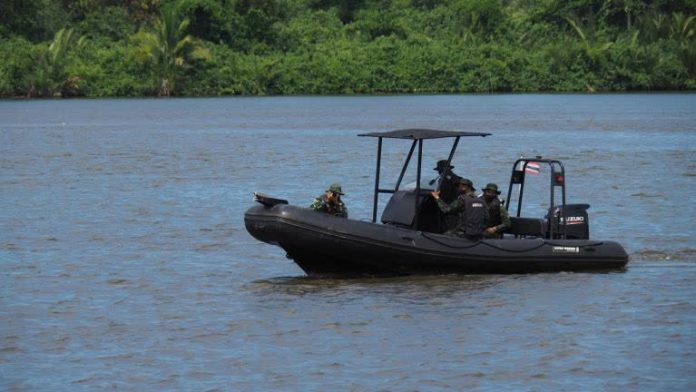 (NNT) – The prime minister of Thailand has ordered security agencies to monitor transborder smuggling and human trafficking ahead of the ‘country reopening’ on November 1, saying that laws will be strictly enforced on offenders.

After a meeting of the Defense Council, chaired by Prime Minister Gen. Prayut Chan-o-cha, Ministry of Defense Deputy Spokesperson Col. Wanchana Sawasdee said the prime minister ordered the armed forces and the police to support the safe reopening of the country, as well as to guard against illegal entry and punish individuals who had involvement with human trafficking.

He said the prime minister has therefore ordered the monitoring of illegal entry along land and water passageways that line Thailand’s western border.

Border patrol activity is being ramped up in accordance with the prime minister’s call and more synergy in intelligence work will be pursued among relevant agencies. However, authorities have been told to remain cautious of the eastern border, where illegal entries were still being made by migrant workers.

Gen. Kongcheep said the monitoring of Rohingya people was also needed, as Thai and Myanmar smugglers and officials have previously been involved in human trafficking.