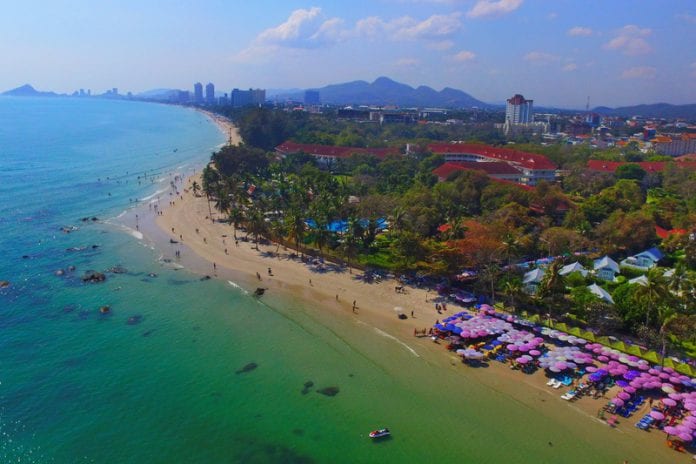 The chief of the Thai Hoteliers’ Association has said that there are good signs for hotel occupancy in Hua Hin and Pattaya at Songkran thanks to their proximity to Bangkok.

Occupancy rates at Songkran among Thai tourists will be 50-70% in the two coastal cities though beachfront locations will get the most visitors, said Marisa Sukosonnunphakdee.

Regarding foreign tourists she refused to be drawn on making predictions to the Thai media saying that the demand for 7 and ten day quarantine packages for vaccinated and non-vaccinated tourists in the coming months will be a “wait and see” for the THA.

Much will depend on what the government does, she said, appearing to reference local vaccine rollouts.

But one place that was of particular concern for the THA now was Chiang Mai where she said there were no positive signs at all.

Bangkokians and other Thais did not want to go there as not only was it very hot and obviously not on the coast but the city was suffering from well publicized pollution after severe fires.

She said that future strategies about how to help Chiang Mai recover would be just that – dealt with in the future.

For now Chiang Mai was suffering and there was no immediate end in sight.