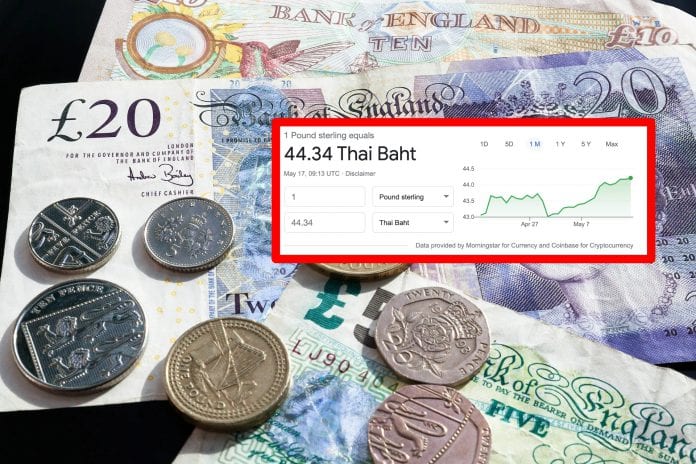 A surge in the value of the pound against the baht has boosted the incomes of many British expats in Thailand.

The relative strength of the pound means that expats in Thailand have effectively benefited from a pay rise over the last year, providing their income comes from the UK.

According to experts, the strength of the pound is due to the UK’s “booming economy“, which is set to grow at its fastest pace since the Second World War, thanks to a successful vaccination campaign and a surge in consumer spending.

On Monday (May 17) the pound was trading at 44.15 THB, which represents an almost three year high.

In fact, the strength of the pound has been rising steadily in recent years after falling to an eye watering low of 36.80 THB in August 2019.

Despite Monday’s high of 44.15 THB, British expats in Thailand will be keeping their fingers crossed the pound can reach 2015 highs where they could get 56 THB to the pound.

And it is not only British expats who are enjoying a boost in spending power thanks favourable exchange rates.

On Monday the Euro hit a near 18 month high against the baht reaching 38.19 THB.