TAXI REFORMS are to be launched to ensure more convenient and safer rides for passengers and boost the competitiveness of taxis against the Uber service, which is currently illegal, the Land Transport Department (DLT) has announced.

DLT deputy director-general Cherdchai Sanunsrisakorn said under the reforms all new taxis would be equipped with GPS, safety equipment, closed-circuit TV and an emergency button for passengers. He added that a feasibility study being conducted into the Uber service was not yet complete, so Uber taxis were still considered illegal. Cherdchai added that in line with a ministerial directive from November 9th all newly registered taxis were required to install safety equipment that allows department officers to track driver’s behaviour and ensure convenience and safety for passengers.

“I am sure that this latest taxi improvement will solve many problems that passengers have often found – such as the driver rejecting the passenger, overcharging and crimes in taxis – because the driver’s identity and behaviour is closely monitored by officers in the monitoring centre,” Cherdchai said. “This improvement is not only limited to taxi drivers in Bangkok, but taxis nationwide
will have to follow the new rules as well.” However, he said that would not mean the swift transformation of all taxis in Thailand.

Older taxis with valid licences would still be allowed to operate without installing the new equipment. However, when their licences are renewed, they will have to comply with the new checklist. Taxi vehicle licences in Thailand extend for 12 years, while drivers have to renew their licences every three years. Cherdchai also said that DLT also spoke about the new mobile application, “Taxi OK”, which allows passengers to call a cab, review a journey or make a complaint. “I am sure that this new taxi service improvement will benefit both passengers and taxi drivers, ” he said. “The passengers can be sure that they will have smooth and safe journey with our new taxis, while this measure will boost the taxis’ competitiveness against the private taxi providers and ensure that they will have more passengers.”

Meanwhile, he said the feasibility study on Uber’s taxi operation in Thailand by DLT and Thailand Development Research Institute was not finished yet. However, he said in many countries, including those in the European Union, courts considered the service provided by Uber as a taxi service, not car sharing. In these cases, the company had to follow the law and register their cars as taxis. He concluded that, at this time, Uber services using private cars to transport passengers was still considered illegal in Thailand.

A frequent taxi passenger in Bangkok who asked to be referred to as Monchanok said the reforms were a very good move by authorities and made her feel more confident about using taxis, especially as she often had to take a cab on her own. “However, I do not believe that in the end these measures can solve many problems with driver’s behaviour, such as rudeness, reckless driving and passenger rejection. I suggest that the authorities focus on the quality of taxi drivers and do background checks on them as well,” Monchanok said. 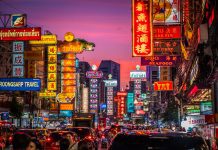 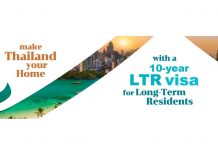