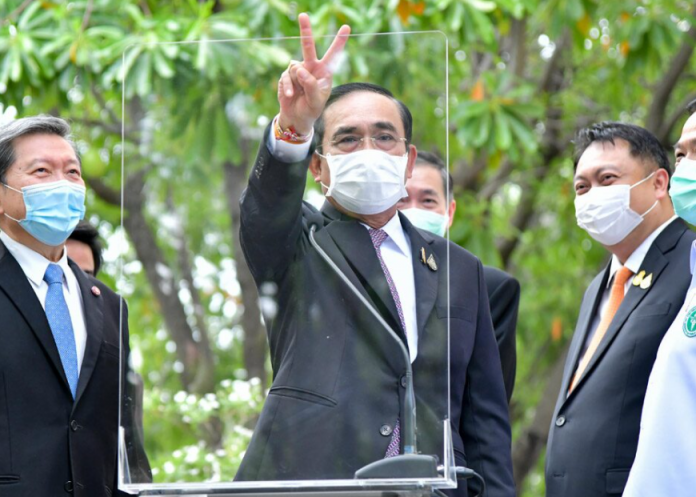 BANGKOK (NNT) – Prime Minister Prayut Chan-o-cha has announced his donation of three months’ salary, to help those affected by the COVID-19 pandemic, during a meeting at the Centre for COVID-19 Situation Administration (CCSA) via video conference on 9 July.

At least 15 deputy prime ministers, ministers and deputy ministers in the Cabinet have also expressed a similar intent.

Democrat leader and Commerce Minister Jurin Laksanavisit said the party’s ministers were willing to donate their salaries, to help those affected by the virus, adding that it was just a small gesture.

Deputy Agriculture Minister Thamanat Prompow said the ministers from the Palang Pracharat Party will give up three months’ salary as well.

Transport Minister Saksayam Chidchob, of the Bhumjaithai Party, also announced that his party would join the cause.

Meanwhile, House Speaker Chuan Leekpai said it is up to the MPs to decide if they want to donate their salaries, as he noted that several MPs have spent a lot more than their salary on helping people during the pandemic.