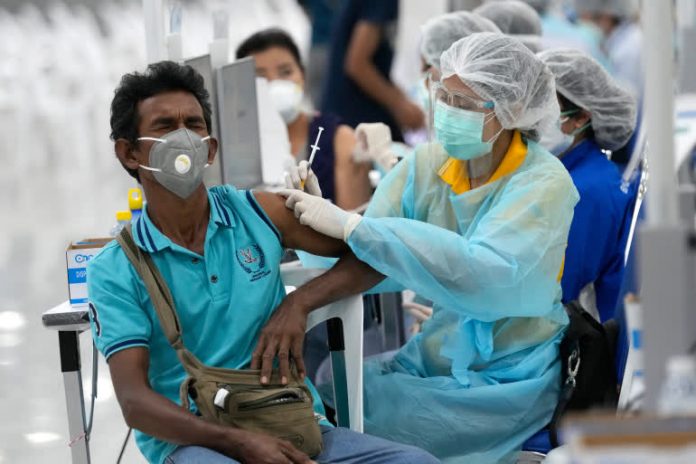 Department of Disease Control (DDC) deputy director-general Dr Sophon Iamsirsithavorn said the department wants to vaccinate 70% of the elderly population in the “red dark” zones and 50% elsewhere, to cut the number of deaths by half. According to the Mor Prom app, fewer than 50%, or only 3.668 million seniors nationwide have received the vaccine.

He said an aggressive vaccination campaign for the elderly is ongoing, with 20.28 million doses administered, adding that there is clear evidence that vaccination can reduce death and serious illness among seniors.

Dr Sophon pointed out that even one dose of AstraZeneca vaccine could prevent loss of life. The DDC would like to invite all senior citizens to get the vaccine as soon as possible, to reduce their chances of dying if infected.