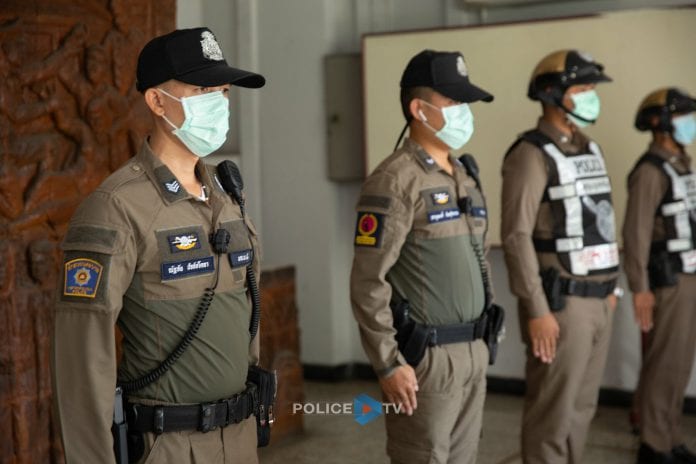 The Royal Thai Police is looking to update its traditional brown uniform (officially it’s khaki, who knew?) with a new more modern and functional design.

The boys in brown (khaki) as they are often referred to are testing the new uniforms at a handful of stations in Bangkok.

Police say the new uniforms will help make them better crime fighters and will be more agile when pursuing criminals.

The plans to update the uniforms have come from police chief Pol Gen Suwat Jangyodsuk who says an update of the existing uniforms is long overdue.

A committee has been established to have the final say on the design, with the goal being to equip officers with a uniform that is suited to modern day policing. Each new uniform will cost about 2,000 baht, roughly the same as the current uniform, so there will be no additional cost to the state.

The new uniform includes tactical combat style trousers with elastic waistbands and multiple pockets. The trousers are lightweight and easy to run in, while the shoes are also lightweight, more comfortable and offer better support to officers when running.

The new shirts are made from breathable fabric and are easier to wash and are quick-drying.

The new uniform also includes a baseball style cap which fits to the head easier than the helmets used currently.

The old metal badges would also be replaced with ones made from a state of the art, strong and durable fabric.

The Thai police are famous for their stiff and rigid looking ‘brown’ uniforms, which includes immaculately pressed trousers and skin tight shirts, which seldom do anything for the waistline of those officers who perhaps don’t score very highly on the annual fitness test.

But the new uniforms are set to change all that enabling officers to carry out their full range of modern day policing duties.