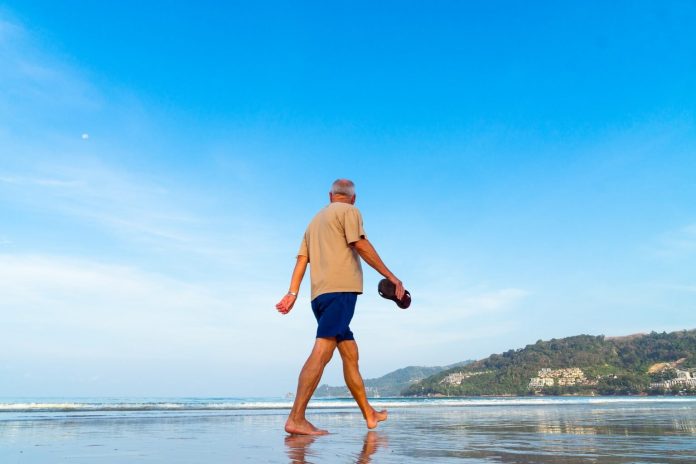 Thailand is among the 10 best countries for expats, according to the annual Expat Insider Survey carried out by InterNations.

The latest ranking sees Thailand move up to 8th place from its 14th place ranking in 2021.

The survey gauges expat’s satisfaction with life in their country of residence across various different factors, such as: Quality of Life, Ease of Settling In, Working Abroad, and Personal Finance.

A total of 11,970 expats participated in the survey, representing 177 nationalities and living in 181 countries or territories.

Overall, Thailand was found to be an affordable and friendly destination for expats.

According to the survey, 77 percent of expats are happy with life in Thailand, slightly above the global happiness average of 71 percent.

Thailand’s best rankings were in the Personal Finance index (4th out of 52) and Ease of Settling In (11th). It was ranked in a mediocre 35th place in the Quality of Life index, while its ranking of 45th in the Working Abroad ranking brought down its overall score.

No money concerns: “Personal finances are a breeze for expats in Thailand”, the survey said.

Most expats in Thailand (85%) feel that their disposable household income is enough or more than enough to lead a comfortable life (vs. 72% globally).

Expats vote Thailand third for general cost of living – 71% are happy with this factor, 26 percentage points more than the global average (45%). Thus, it is no surprise that 70% are happy with their financial situation overall (vs. 60% globally).

Housing is no trouble either, and Thailand also lands in first place in this subcategory. Expats describe it as both affordable (74% vs. 39% globally) and easy to find (85% vs. 54% globally).

Administrative barriers: The amount of paperwork was one thing that expats in Thailand were not happy about and this was reflected in the ranking in the Expat Essentials Index (18th). Thailand ranks in the bottom 10 of the Digital Life Subcategory (43rd), and expats are particularly unhappy with the availability of administrative/government services online (43% unhappy vs. 21% globally).

“It is all paperwork for everything,” explained an expat from Chile. Overall, more than half (51%) find it hard to deal with the local bureaucracy/authorities, compared to 39% globally.

While 70% find it easy to live in Thailand without speaking the local language (vs. 51% globally), 68% struggle to learn it (vs. 38% globally). “I just cannot pick up the language,” said a British expat.

Easy to make connections: The Ease of Settling In Index (11th) is a genuine highlight, though, and expats rate Thailand particularly well in the Local Friendliness Subcategory (8th). The majority (86%) finds the residents to be generally friendly (vs. 66% alobally), and another 81% describe them as friendly towards foreign residents (vs. 65% globallv).

“I have found the Thais to be very friendly and welcoming to me living in their country,” an expat from the United Kingdom explained.

Expats also rank Thailand among the top 10 in the Finding Friends Subcategory (8th). They love their social life (69% satisfied vs. 56% globally), and more than half (52%) say that making local friends is easy, compared to 42% globally.

Excellent leisure options & healthcare: The Quality of Life Index (35th) was a mixed bag: When it comes to Leisure Options (5th), expats are especially happy.

They vote the country second worldwide for its culinary variety and dining options, only beaten by Mexico. “The thing I enjoy most so far is their food variety,” says a Vietnamese expat.

Over three in four expats (77%) are satisfied with the culture and nightlife in Thailand, compared to 67% globally. Expats also love the healthcare in Thailand – the country narrowly misses out on a top 10 spot in the Health & Well-Being Subcategory (11th). More than three-quarters of expats (77%) state that they have access to all the kinds of healthcare services that they need (vs. 67% globally). Most also say that medical care is easily available (84% vs. 73% globally) and of good quality (85% vs. 72% globally).

Environmental concerns: On the other hand, the Environment & Climate Subcategory(44th) is a major concern for expats in Thailand. Two in five expats (40%) believe that the government does not support policies to protect the environment, more than double the global average (18%). “People are not aware enough about pollution, and it is sad to see nature spoiled by rubbish,” a French expat reports.

Furthermore, 45% rate the air quality negatively (vs. 19% globally) and 32% are unhappy with the urban environment (elements such as green spaces, noise levels, and eco-friendly architecture), compared to 17% globally.

“There is air pollution and limited parks and green spaces” explains a Dutch expat.

The only real highlight is the climate and weather, which is rated positively by the majority of expats (82% vs. 62% globally).

According to them, the local business culture does not encourage creativity (41% vs. 26% globally), nor does it promote independent work (45% vs. 28% globally). Expats are also especially disappointed when it comes to Career Prospects (45th).

Nearly two in five (38%) are unhappy with the local job market (vs. 27% globally), and only 41% say that moving to Thailand has improved their career prospects (vs. 60% globally).

More than three in ten (31%) are unhappy with the state of the local economy, compared to only 17% globally. Additionally, one in four expats (25%) is unsatisfied with their job security (vs. 20% globally).

However, 35% of expats do not have to worry about this, as they are already retired, compared to the global average of 10% retirees. In fact. 19% of expats in Thailand moved there specifically to retire, compared to only 3% globally.

Overall, the survey found Mexico (1st), Indonesia (2nd) and Taiwan (3rd) were the top three destinations worldwide for expats, with high scores for Ease of Settling In and Personal Finance.

The remainder of the top 10, in order, were Portugal, Spain, the United Arab Emirates, Vietnam, Thailand, Australia and Singapore.

The three countries with the lowest ranking, largely due to poor scores with regards to the personal finances of expats, were Kuwait (52nd), New Zealand and Hong Kong. 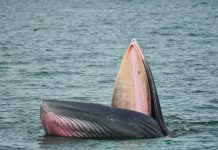 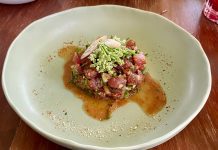