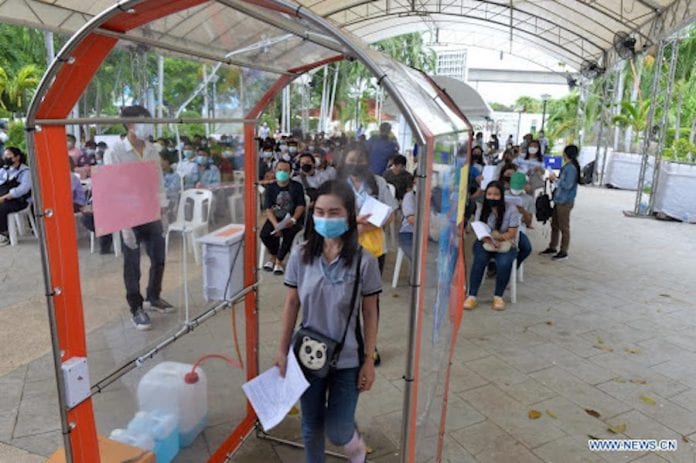 (Xinhua) — Thailand’s cabinet of ministers on Tuesday approved an extension of an e-voucher campaign to support the people and businesses affected by the pandemic.

The campaign, named the Ying Chai Ying Dai, which means “the more use, the more benefit” in Thai, will be extended for two more months to the end of November, according to government spokesman Anucha Burapachaisri.

Under the campaign, each eligible recipient will receive a subsidy of up to 60,000 baht (about 1,827 U.S. dollars) in total for his/her purchases of goods or services, Anucha said.

Up to 1.4 million people are expected to benefit from the campaign, according to Anucha.

The Thai government has rolled out a slew of measures amid efforts to cushion the impacts of a prolonged pandemic on the economy and people.

The country is grappling with its worst wave of the outbreak, which has led to a sharp surge in new infections and deaths, and prompted the government to further tighten coronavirus restrictions.

Due to the outbreak, the Bank of Thailand, the country’s central bank, has lowered its growth forecast for the economy to 1.8 percent this year, from the previous 3 percent.

On Tuesday, the country reported 11,305 new cases and 80 deaths, bringing the total number of infections and fatalities to 426,475 and 3,502, according to the Center for the COVID-19 Situation Administration.