The Bangkok Guitar Society and Banana Thai Co.,Ltd are proudly presenting the Thailand International Guitar festival 2014 7-9 November 2014 at Auditorium 5th floor Bangkok Art and Culture Centre. Every day concerts with World Class classical performer concert Jeremy Louve from France on 9th November 2014 , 19.00 “Without a doubt one of the bright lights of the young generation of classical guitarists.” (Univers guitare, January 2005) Jérémy Jouve’s career has brought him to some of the most important stages and festivals of the musical world, including Moscow’s Tchaikowsky Hall, Germany’s Iserlhon Guitar Symposium, the French National Radio festival, the Sanok International Guitar Festival in Poland, the Alliances Francaises of India, and elsewhere in Poland, the Czech Republic, Hungary, Greece, Italy, Switzerland and Macedonia. 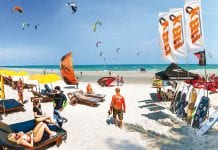