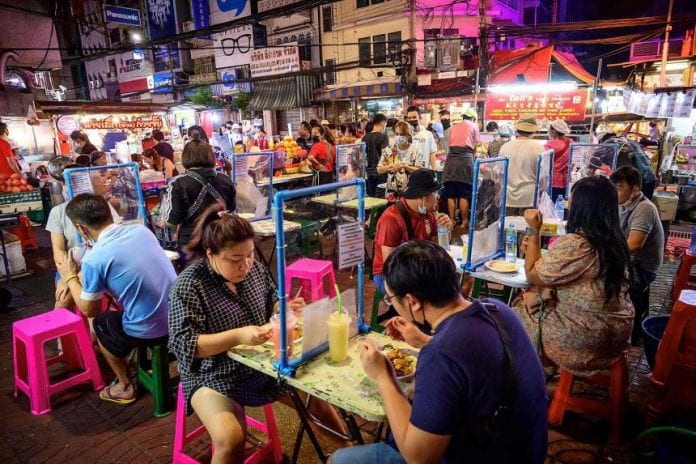 BANGKOK, July 8 (Xinhua) — Thailand Thursday reported a new daily record of 75 deaths from COVID-19, taking the death toll to 2,462 since the pandemic began, with the country mulling new restrictive measures to stem the fast spread of the deadly virus.

The CCSA is to review and approve new restrictive measures to address the worsening situation, which will be announced after a CCSA meeting scheduled on Friday, Natapanu Nopakun, an official at the Ministry of Foreign Affairs said at the CCSA daily briefing.

Natapanu did not elaborate on the details of the measures, but said he would not call it “a lockdown.”

However, the Ministry of Public Health permanent secretary Kiatiphum Wongrachit said on Thursday at a separate news conference that the ministry is proposing new restrictions to the CCSA, which may include travel restrictions to and from the capital Bangkok and five nearby provinces for 14 days.

Kiatiphum said the proposed measures may also include the closures of more venues in these regions and restrict people there from leaving home unless officially deemed necessary for the living of their daily life. The measures will be subject for CCSA approval.

Due to a rise in the spread of the highly contagious Delta variant, Thailand is expected to see up to 10,000 new daily cases soon, according to the CCSA.

In Bangkok, the epicenter of a months-long surge in infections, the Delta variant has become the dominant coronavirus variant, which accounted for 52 percent of new cases from June 28 to July 2. Some 2,212 new cases were reported in Bangkok on Thursday.

The country is trying to secure more vaccines and accelerating inoculation. As of Wednesday, it has administered more than 11.6 million doses of vaccines, with 3.1 million of its nearly 70 million people having been fully vaccinated, according to the CCSA.